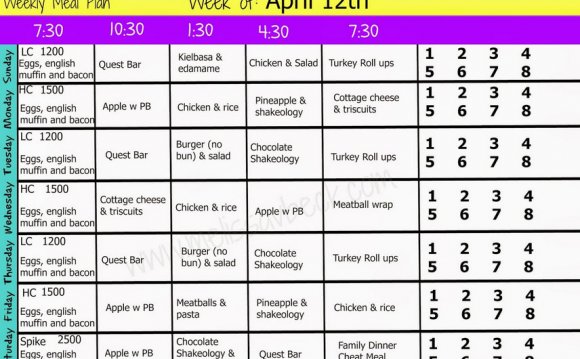 "Extreme Weight Loss" participants use a kitchen scale to measure portions of everything from oatmeal to raw chicken breast. (Cyrus McCrimmon, The Denver Post)

Of course, they eat far less than they used to, and virtually none of that food is processed. They use a kitchen scale, measuring cups and spoons to portion everything from oatmeal to raw chicken breast.

But it's the workouts, edited to look dynamic and exciting for a television audience. It's a little less dynamic — and a lot more work — in person, but those workouts certainly melt the fat.

The first one lasts two hours, from 8 to 10 a.m. The second is an hour long, from 11 a.m. to noon. The last goes from 3 to 4 p.m. That's four hours of elevated-heart-rate exercise, comparable to what a dedicated triathlete might do to prepare for a big race.

Yes, that's their schedule every day for the 90-day boot camp. No rest days. But the workouts vary daily, so the cast members always are working different muscles.

Here are the workouts that the 2014-15 "Extreme Weight Loss" cast tackled one recent Friday. Working out alongside them, as a group cycling instructor, I'd say this workout is a 7 on a 1-to-10 scale, with 10 being the Leadville 100:

WORKOUT ONE: "The Shredder"

Pre-warm-up: One mile, alternately running and walking, laps around an indoor track.

Warm-up: One lap running around a field neighboring the facility.

Station 1: Two one-minute sets of jumping rope; one minute of Battle Rope exercise, grasping the ends of two giant ropes and swinging them up and down.

Station 4: Two one-minute sets of mountain-climber exercise (balancing on palms and toes, alternately pulling each knee to the chest rapidly), repeatedly flipping over a wet, slippery 200-pound tire for one minute.

Station 6: Three minutes of soccer drills, running and passing a soccer ball with two partners. Harder than it sounds.