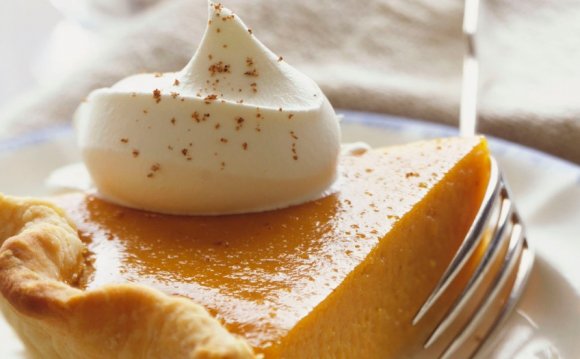 What raises blood sugar? The simple answer is carbohydrates. So why not just yank them out of your diet like weeds in your garden? Why not quash blood sugar by swearing off bread, pasta, rice, and cereal? Been there, done that. The low-carb craze is on the downswing, and that’s a good thing because over the long haul, very low carb diets simply aren’t good for you, as you’ll discover in this chapter. That doesn’t mean it’s not smart to cut back on carbs—but don’t go crazy.

When low-carb diets first became popular, they seemed to be a breath of fresh air after the low-fat (and high-carb) diets that preceded them. Remember low-fat cookies, lowfat snack cakes, and low-fat everything else? With low-carb diets, suddenly people could load up on bacon and still lose weight as long as they were willing to eat hamburgers without buns and pretty much give up sandwiches and spaghetti. People were amazed at how effective these diets could be. Weight loss could happen very quickly, sometimes within days. And amazingly, it often seemed to come with added health benefits, including lower cholesterol, blood pressure, and triglycerides (blood fats linked to heart attacks.)

The most extreme kind of low-carb diet was pioneered by the late Robert Atkins, M.D., whose first book, Dr. Atkins’ Diet Revolution, came out in 1972. It promised quick and long-lasting weight loss and prevention of chronic disease, all while allowing high-fat steak and ice cream. Since then, other, more moderate low-carb diets have allowed small amounts of carbohydrate-rich foods, but they still cut out most grains as well as starchy vegetables and even fruit.

The Downsides of These Diets
The Atkins diet and the many other low-carb diets that followed in its footsteps have turned out to be less effective, and less healthy, than originally claimed. Often, the weight returned, and as it did, problems such as high cholesterol and high blood pressure came back, too. Also, in the end, many people decided they didn’t want to go through life without ever eating pasta again. Let’s look at what would happen if you followed one of the more extreme low-carb diets.

You’ll Feel Terrible
Low-carb diets usually begin with an “induction” phase that eliminates nearly every source of carbohydrate. Often, you’ll consume as few as 20 grams of carbohydrate a day. That’s less than 100 calories’ worth—about what’s in a small dinner roll. On a 1, 200-calorie diet, that’s only about 8 percent of your daily calories. By contrast, health experts recommend that we get between 45 and 65 percent of our calories from carbs.

When carbohydrate consumption falls below 100 grams, the body usually responds by burning muscle tissue for the glycogen (stored glucose) it contains. When those glycogen stores start to run out, the body resorts to burning body fat. But that’s a very inefficient, complicated way to produce blood sugar. The body tries to do it only when it absolutely has to (such as when it’s starving)—and for good reason. Turning fat into blood sugar comes at a price in the form of by-products called ketones. They make your breath smell funny. They can also make you tired, lightheaded, headachy, and nauseated. Feeling lousy is certainly one way to dampen the appetite, but not one that most people would choose.

With virtually no carbs in your system, you may even have trouble concentrating. According to the Institute of Medicine of the National Academy of Sciences, the human brain requires the equivalent of 130 grams of carbohydrate a day to function optimally—and that’s a minimum.

Your Health May Suffer
If you’re overweight or obese, and you have insulin resistance—and especially if you have prediabetes or diabetes—cutting way back on carbohydrates can have immediate health benefits. Your blood sugar and insulin levels will go down, your triglycerides and blood pressure may fall, and your levels of “good” HDL cholesterol may rise.

But the low-carb diet will also wreak some havoc. When your body breaks down lean body mass—muscle—for energy, your metabolism slows because muscle tissue burns up a lot of calories. This may be one reason that the weight often comes back after you’ve been shunning carbs for a while.

The effects on your heart are also questionable. Especially if you switch to a high-saturated-fat diet, as people do when they start eating their fill of steak and bacon, your “bad” LDL cholesterol will go up. Levels of homocysteine, an amino acid that increases the risk of heart disease, may also rise if you eat a lot of meat and too few vegetables. And to get rid of the ketones produced when your body burns fat for energy, your kidneys need to work overtime, which raises your risk of kidney stones.

Ironically, low-carb diets may even interfere with insulin sensitivity; a certain amount of carbohydrate in your diet may be needed in order for the pancreas, which produces the insulin that keeps blood sugar in check, to work well.