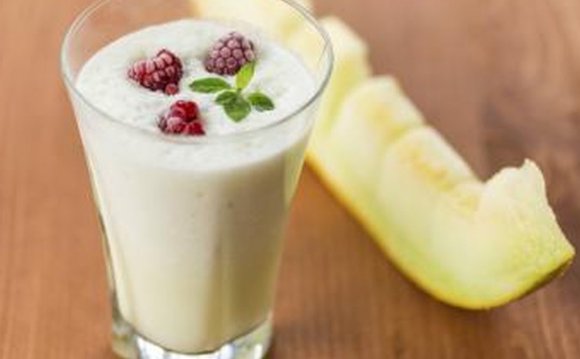 Are you a breakfast fanatic, an early luncher or a late-night snacker?
The answer to that question may have greater implications for health than one might think. Although what we put in our bodies matters most, when we choose to eat that food also has an impact on how our bodies will process it and our likelihood of gaining weight from it.
"The timing of when we eat can influence body weight, " said Constance Brown-Riggs, a registered dietitian and spokewoman for the National Academy of Nutrition and Dietetics. Studies done on mice in which food intake can be controlled for extended periods have demonstrated this, she said.
The most important aspect of any diet is keeping overall calorie consumption in check, particularly for those with diabetes or who are trying to lose weight. But the schedule people follow in eating meals and snacks can help them either stay on track with their diets, or be more easily swayed off course, Brown-Riggs said.
Here's a look at nine eating-schedule habits, and how they might help or hurt.

An old adage advised people to "eat breakfast like a king, lunch like a queen and dinner like a pauper." This may be the best way plan daily meals, according to Brown-Riggs.
Eating a big meal in the morning gives the body plenty of energy to start the day, and sets the pace of metabolism for the rest of the day. It helps people avoid feeling so hungry at subsequent meals that it derails their diets, Brown-Riggs said.
But just be careful to eat a big breakfast that is filled with healthy foods healthy foods, such as one serving of lean protein, whole grains, fruits and vegetables. Don't load up on too many carbohydrates first thing in the morning, though, because it could lead to sluggishness later in the day, she said.

It's normal for people to have different preferences about when they eat, and some people say they just don't like to eat breakfast. But regardless of how opposed the body seems to eating in the morning, breakfast really is most important meal of the day.
Because these personal preferences are also mostly shaped by habit, they can be changed by building new habits, Brown-Riggs said. Start out by eating a single piece of fruit or toast to get the body comfortable digesting something early in the morning.
Breakfast should ideally be eaten within an hour of getting up, she said, and a big meal is not needed to jump-start the body's metabolism.
People who skip breakfast are a third more likely to be obese, Brown-Riggs said.

The traditional European lifestyle, in which people take a long lunch break to consume the day's main meal, might partly explain why Europe's obesity levels are lower than those of the U.S, Brown-Riggs said.
Eating a large lunch is better for the body than eating a big dinner, she explained, because it means that calories consumed throughout the day are more evenly distributed, and satiety is also more even throughout the day.
But be careful about eating too much at any meal, Brown-Riggs said, because that can lead to weight gain even if you reduce calories consumed at other meals.
"The body is only going to use what it needs at one particular meal, and the rest of it is going to be stored in the body as fat, " she said.

Snack-size meals throughout the day

Another often-used dieting trick is to eat small snacks throughout the day, in lieu of larger meals. This is supposed to keep portion sizes in check, while maintaining fullness throughout the day.
This strategy can work well for some people, as long as they stay within their bounds for target calorie consumption, Brown-Riggs said. Some dietitians even advocate that the small, constant meals rev up metabolism and encourage weight loss, she said.
However, the main problem is that "people don't know what 'small' means, " and so they tend to overshoot their calorie limits, and wind up eating more than they should, Brown-Riggs said.

In American culture, people often eat their biggest meal of the day at dinnertime. While people may like the idea of friends or family members gathering to discuss the day's events and share a feast, unfortunately, that's not what's best for health.
People who reserve their biggest meal for the end of the day may tend to eat less before that point.
"If you go into dinner ravenous, the tendency is to over-eat, " Brown-Riggs said.
A better option for people who want to keep their dinnertime tradition is to reduce portion sizes. This can accomplish the goals of both getting in some bonding time, as well as maintaining a healthy weight, Brown-Riggs said. People can redistribute those extra dinner calories to breakfast and lunch, to maintain a steadier level of fullness throughout the day.

Three meals with three snacks in between

According to Brown-Riggs, this eating schedule is the golden ticket for health, though as always, it's critical that the total calories and fat consumed are kept at or under individual daily goals.
"Most important is the minimum of three meals daily, " which keeps you feeling full the longest, Brown-Riggs said, adding that "how you divide up your calories depends on your individual schedule."
If the body goes more than four or five hours without eating, this will effect metabolism and how likely overindulgence is at the next meal, she said.
Brown-Riggs said she likes the plan of three main meals with snacks in between because this plan takes people's busy schedules into account. When it's not possible to sit down for lunch until 3 p.m., having a light snack available can stave off hunger. This schedule keeps you in more control of the food choices you make, she said.

Stopping eating at a certain time

Some diet plans tempt participants with an offer that they can eat whatever they want, they just can't eat after a certain time of day, usually in the late afternoon or early evening. The assumption is that this plan will lower overall calorie consumption, but in all likelihood, people will compensate by eating more calories earlier in the day, Brown-Riggs said.
Diets that rely on gimmicks to help people lose weight often don't present a long-term solution to calorie consumption, she said.