Diet VS exercise for weight loss 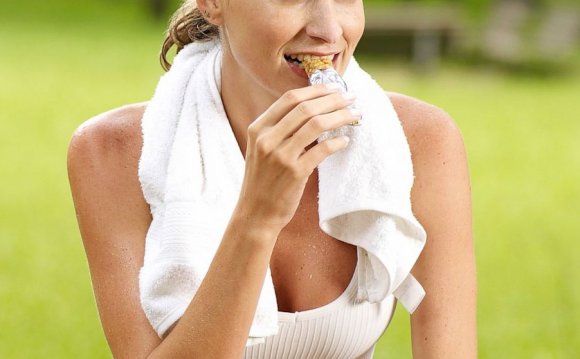 You can’t outrun your fork, but you can dig your own grave with it. Weight loss tactics are one of the most talked about in America, and it’s because two-thirds of the country is either overweight or obese. Anyone who has tried to lose weight will know there are two main drivers to their destination: diet and exercise. But which one works best? This breakdown should help weight loss hopefuls attain their goals.

The question yields a multifaceted answer. The most effective way to initially lose weight is trimming calories from your diet. You can go to the gym an hour a day every day, but if you’re eating 2, 000 calories of unhealthy, nutrition-empty food, then you’re wasting your time. No one is saying the key to weight loss is being hungry, but according to the U.S. Department of Agriculture (USDA), “Americans at the beginning of the 21st century are consuming more food and several hundred more calories per person per day than did their counterparts in the late 1950s.” Not only is there a problem with the amount of calories an individual eats, but also the quality of the calories.

Last year, the USDA reported we’re eating 25 percent more fresh fruit, 54 percent more fresh vegetables, and there's been a rise in organic food sales. But the increase in consumption doesn't mean we've been preparing our fruits and veggies heathily. Sure, we’re eating more vegetables, but we’re pouring 1, 000 milligrams of salt onto them and drenching them with oil before they’re dipped into the fryer. When we do eat our veggies, it’s usually potatoes or tomatoes that have morphed into the form of French fries or pizza. Conversely, the foods you want in your system are dark green and orange veggies like spinach, carrots, and sweet potatoes. But they only make up 10 percent of our diet.

Dieting isn’t just about trimming calories off your daily intake; it’s more about the types of foods you’re eating. Most people hear the word diet, and they think it's calorie cutting with sad, uncomforting foods like plain salad leaves and flavorless grilled chicken for dinner every day. That’s an extreme that you don’t have to chain yourself to and most dieticians won't ask of you. Instead, commit to healthy foods in a variety of colors and high fibers with charred flavors and sautéed seasonings to engage and train your palate.

More than 80 percent of people who lose weight regain all or most of it back within two years. Losing weight with diet alone is a trap nearly everyone falls into. Not only are you backtracking, but you’re also hurting your self-esteem so much more than you could have before. You've accomplished something you might’ve thought was nearly impossible by losing 10, 20, or 50 pounds, but now you’ve disappointed yourself all over again. Not only that, but researchers also say you’re likely to gain it all back and more than you first lost within four to five years.

"You can initially lose five to 10 percent of your weight on any number of diets, but then the weight comes back, " study’s lead author Traci Mann, UCLA associate professor of psychology said in a press release. "We found that the majority of people regained all the weight, plus more. Sustained weight loss was found only in a small minority of participants, while complete weight regain was found in the majority. Diets do not lead to sustained weight loss or health benefits for the majority of people."

This is where exercise steps (or runs) in to save the day. An overwhelming majority of people who experienced success lost 10 percent of their body weight in the past year by using weight loss practices such as physical activity nearly every day. The challenge is keeping it off, not losing it. Virtually anyone can lose weight, but not everyone can maintain weight loss with healthy consistency.

Permanency resides where persistence begins. Exercise creates a daily rhythm and changes a person’s habits, which eventually leads them to a long-term lifestyle. No matter what you need to eat at every meal each day, it all depends on what you choose to eat. What’s different about exercise is you either do it or you don’t. Diets provide degree improvements where exercise constructs new habits. Ninety percent of those who were able to successfully keep their weight off exercised for one hour every day. Many of those people also ate breakfast every day weighed themselves regularly and watched less than 10 hours of television each week.

For decades, Americans have searched desperately for the single trick that’ll open up the door to their perfect body. When it comes to diet versus exercise, it’s never one or the other when you’re talking long-term success. Sure, if you rely on diet alone to lose weight for a wedding, for example, you can. But after you walk down the aisle, the odds are stacked against you you’ll be able to keep the weight off past the honeymoon.

Our bodies are machines, and if you pour low quality fuel into the tank, the engine won’t run as well. The secret is as simple as that. It is in the application of this stalwart analogy that makes it difficult for most. So do yourself a favor, grab yourself a pair of sneakers and a gym membership to go along with your salad fork.