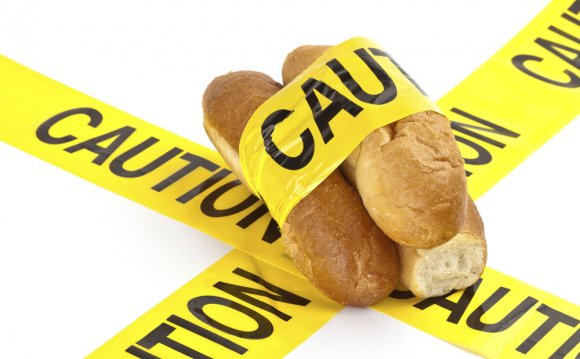 GERD, gastroesophageal reflux disease, can be a miserable disorder causing its victims an array of symptoms ranging from the mildly uncomfortable to absolute torture. Also known as acid reflux and heartburn, GERD can make those who have it fear going to bed at night because lying down typically worsens the symptoms, which can be anything from slight chest discomfort to wracking pain and a throat full of acid. It doesn’t stop at just mercilessly tormenting its sufferers; GERD can, and often does, cause cellular damage potentially leading to the virulently malignant esophageal cancer.

GERD: What is it?

But symptoms aren’t always that bad. In early or mild cases, symptoms of GERD may not even be recognized as such. GERD can present as simply a mild morning cough that fades as the day progresses or as a slight sore throat that goes away once you’re up and about. These minor symptoms are caused by a small amount of stomach acid reaching the throat and causing irritation.

Severe or mild, the symptoms of GERD indicate something is going on that needs to be addressed.

GERD: What causes it?

Strangely enough, no one really knows 100 percent for sure though theories abound. I have my own ideas based on a reasonable interpretation of what I’ve seen over my many years of practice.

Although more and more youngsters are being diagnosed with GERD (see below for why I believe this is happening), the disorder is mainly one of aging. My guess is that the muscles of the LES – like all muscles – become weaker with age. A weaker LES is less able to hold back the pressure of gases coming from the stomach and below, and so allows some of the stomach contents to pass through into the esophagus. But findings from many of my own patients persuaded me that there has to be more going on than a simple age-related laxity of the LES.

Over my many years of using a low-carb diet to treat patients with various disorders, I noticed that almost all who happened to have GERD found their symptoms resolved. I never started out treating GERD with a low-carb diet, but the huge numbers of patients finding relief told me that somehow carb restriction was helping. They would ask why their GERD went away, and I would have to confess that I didn’t really know. I thought and thought about a possible biochemical or physiological mechanism that would explain why a low-carb diet almost always got rid of GERD, but I could never come up with a reasonable explanation. So, I just told patients who had GERD that if they ate low-carb, their GERD would probably go away. But I also told them I didn’t know why.

Then a few years ago I ran into a microbiologist named Norm Robillard who had a theory on the cause of GERD that explained the results I had been seeing and made perfect physiological sense.

The most probable cause of GERD.

As everyone knows, enormous numbers of bacteria grow in the colon. But what many people don’t know is that bacteria also grow in the small bowel as well. The lower end of the small bowel closest to the colon has the most growth, but bacteria are found throughout. Bacteria in the small bowel dine on the contents of the small bowel; the farther the food goes down the bowel during the digestive process, the more bacteria there are to nourish. The types and amounts of bacteria in the small bowel are a function of the foods coming down the pipeline. If fat and protein are the main foods, fewer bacteria grow, and those that do grow don’t produce much gas. Carbohydrates, however, provide food for rapidly multiplying bacteria that actually ferment the carbs, and the fermentation process produces a lot of gas. If there is an overgrowth of the carb-loving bacteria in the small bowel – a condition called small intestinal bacterial overgrowth (SIBO) – then a substantial amount of gas is released into the bowel. As more bacteria multiply and more gas is released, the pressure inside the bowel increases. The increased pressure then can force the gas, along with the acidic stomach contents upstream, through the lax LES and into the esophagus. And then you experience the symptoms of GERD.

Once I understood this process, it all made perfect sense to me. I realized immediately why a low-carb diet got rid of GERD. Few carbs means few bacteria. And few bacteria with little to ferment means minimal gas. The LES can hold firm against what little gas there might be, and so no stomach acid gets into the esophagus. And the symptoms of GERD vanish.

This SIBO mechanism also explains another phenomenon I’ve had described to me by many patients. A patient suffers with GERD, goes on a low-carb diet, and gets complete relief. The patient stays on the low-carb diet for months and has no symptoms of GERD. Then the patient has a carb blow out, but has no GERD. Eats some more carbs, still no GERD. Consumes more carbs, then, wham, the GERD is back. What happened?

It takes a while for carb-loving bacteria to recolonize the small bowel once the carbs enter the diet again and a plentiful bacterial food supply returns. Until the bacteria reach a critical mass, at which point they are producing enough gas to push through the LES, there won’t be symptoms. But once they do, GERD returns in full force.

After I thought about this theory for a bit, it occurred to me that if the bacteria were fermenting the carbs causing the gas that drove GERD, then GERD-wise, complex carbs should be much worse than simple carbs such as sugar. Why? Because simple sugars are absorbed through the wall of the gut rapidly whereas complex carbs take longer to digest, leaving them around to ferment. Complex carbs, especially those with a low glycemic index, digest more slowly and prevent rapid rises in blood sugar, whereas simple sugars do just the opposite. But these same slowly digesting complex carbs would – or so it seemed to me – provide more of a substrate for the growth of bacteria than simple sugars that didn’t hang around long enough.