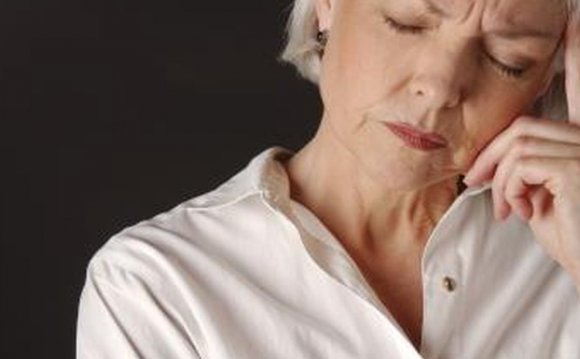 Nutrition strategies for women in this stage of life.

Today, it is estimated that more than 40 million American women are in the life-changing phase known as perimenopause. All of these women are likely to experience some symptoms associated with this shift (Saunders 2002).

Perimenopause—from the Greek words peri (“near”), men (“month”) and pauein (“to cease”)—describes the natural hormonal transition that occurs during the years leading up to menopause and ending 12 months after a woman’s final period (Mayo Clinic 2008). Many women notice the first signs of change in their 40s, but others experience symptoms as early as their mid-30s (Mayo Clinic 2008). In the United States, the average age of menopause is 51 (Mayo Clinic 2009).

During perimenopause, progesterone levels normally undergo a gradual decline while estrogen levels fluctuate. These hormones primarily control and regulate the menstrual cycles and help keep a woman’s mind, mood and heartbeat normal. During peak reproductive years, the amount of estrogen in circulation rises and falls fairly predictably throughout the menstrual cycle. However, the estrogen “roller coaster” that is set in motion during perimenopause can easily disrupt the normal feedback between the pituitary gland and the hypothalamus, which helps regulate the menstrual cycle and estrogen production. The hypothalamus plays a crucial role in regulating blood pressure, body temperature, sleep and appetite. This interaction encourages a condition referred to as estrogen dominance, meaning there is too much estrogen relative to progesterone (Northrup 2006). This condition is extremely typical of perimenopause and can produce a variety of new changes.

Over the course of the transitional years, progesterone production severely slows down or stops, resulting in a lack of regular ovulation, even though the menstrual cycle driven by estrogen still continues. This ever-changing journey is unique to each individual. Unfortunately, the body can go a “bit berserk” as it attempts to make a multitude of adjustments to balance its own hormones and natural healing abilities. The physical changes of perimenopause are rooted in these hormonal alterations, particularly the variations in levels of circulating estrogen.

Estrogen levels are largely controlled by two hormones, known as follicle-stimulating hormone (FSH), a small protein produced in the brain to spur follicle growth and communicate ovualtion, and luteinizing hormone (LH), produced by the pituitary gland to help regulate the menstrual cycle and egg production (ovulation).

During each cycle, FSH stimulates the growth of a number of ovarian follicles, which contain eggs. As follicles grow, estrogen levels increase. When estrogen reaches a certain level, the brain signals the pituitary to turn off the follicle hormone and produce a surge of LH. This stimulates the ovary to release an egg from its follicle (ovulation). The leftover follicle cells produce progesterone, in addition to estrogen, for pregnancy preparation.

As these hormone levels rise, FSH and LH levels drop. If pregnancy does not occur, the progesterone level falls, menstruation takes place and the cycle begins again. As a woman nears perimenopause, the number of follicles recruited in each cycle diminishes. When follicles mature, they secrete significant amounts of estradiol. This increase in serum estradiol levels causes a decrease in FSH production in the hypothalamus.

The conventional medical mindset is that estrogen deficiency results from ovarian failure. While estrogen levels certainly decrease during perimenopause, they do not fall appreciably until after a woman’s final period. During the transition, women are more likely to suffer from the effects of estrogen dominance than from those of estrogen deficiency.

In most cases, symptoms of estrogen dominance last for 10–15 years, usually beginning around age 35. It is extremely important for women to listen to their bodies, as symptoms often arise when estrogen overstimulates the body and the brain. Stress can exacerbate the symptoms (see the sidebar “Symptoms of Estrogen Dominance”). Estrogen dominance has been linked to allergies, autoimmune disorders, breast cancer, uterine cancer, infertility, ovarian cysts and increased blood clotting (Northrup 2006).