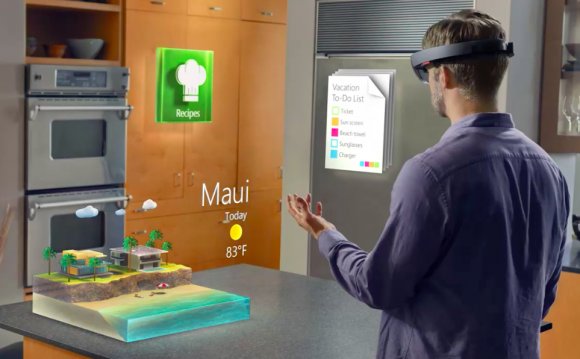 In January of this year, the first subject checked into the metabolic ward at the National Institutes of Health in Bethesda, Maryland, to participate in one of the most rigorous dietary studies ever devised. For eight weeks, he was forbidden to leave. He spent two days of each week inside tiny airtight rooms known as metabolic chambers, where scientists determined precisely how many calories he was burning by measuring changes in oxygen and carbon dioxide in the air. He received meals through vacuum-sealed portholes so that the researchers' breath wouldn't interfere with their measurements. The food itself had been chemically analyzed to ensure an exact number of carbohydrate, protein, and fat calories.

The two-day stays in the chambers were only a small part of the testing, which was also being carried out on subjects at three other institutions around the US. Twice a month, the subjects were required to lie down for dual-energy x-ray absorpti­ometry scans, an accurate way to measure body fat. They offered up their veins again and again so that scientists could measure their lipids and hormone levels. They provided samples of their stools so the researchers could record the different colonies of bacteria residing in their guts.

And yet for all the poking, prodding, measuring, and testing, the most remarkable thing about the $5 million undertaking may be that it's designed to answer a question you'd think we'd have answered long ago: Do we get fat because we overeat or because of the types of food we eat? The Energy Balance Consortium Study, as it's called, is one of the first to be backed by the Nutrition Science Initiative, a nonprofit that prides itself on funding fanatically careful tests of previously overlooked hypotheses.

NuSI (pronounced .) Meanwhile, newer science has undermined the consensus that fat is all that bad for you. A recent meta-analysis published in the Annals of Internal Medicine found no clear evidence that eating saturated fat contributes to cardiovascular disease. This major study resonated across the cultural landscape, garnering a Time magazine cover (“Eat Butter”) and a public reconsideration of the danger of fat by television host Dr. Mehmet Oz, who had previously preached against high-fat diets.

Taubes and Attia are firmly in the sugar-bad, saturated-fat-good camp. Indeed, Taubes has written a number of the articles and books—including the best-selling Good Calories, Bad Calories—on which that thinking is based. But even they acknowledge they can't be certain. That's because, as Taubes eloquently argues, most of the existing knowledge gathered in the past five decades of research comes from studies marred by inadequate controls, faulty cause-and-effect reasoning, and animal studies that are not applicable to humans.

The whole body of literature, Taubes wrote in a blog post announcing the launch of NuSI, “is based on science that was simply not adequate to the task of establishing reliable knowledge.”

For instance, much of what we think we know about nutrition is based on observational studies, a mainstay of major research initiatives like the Nurses' Health Study, which followed more than 120, 000 women across the US for three decades. Such studies look for associations between the foods that subjects claim to eat and the diseases they later develop. The problem, as Taubes sees it, is that observational studies may show a link between a food or nutrient and a disease but tell us nothing about whether the food or nutrient is actually causing the disease. It's a classic blunder of confusing correlation with causation—and failing to test conclusions with controlled experiments. “Good scientists will approach new results like they're buying a used car, ” he says. “When the salesman tells you it's a great car, you don't take his word for it. You get it checked out.”

NuSI's starting assumption, in other words, is that bad science got us into the state of confusion and ignorance we're in. Now Taubes and Attia want to see if good science can get us out.

Perhaps it's no surprise that Taubes, 58, founded a project as daring and ambitious as NuSI. He has a well-deserved reputation for being tough-minded and combative. (His detractors in nutrition science have long accused him of hubris.) He majored in applied physics at Harvard, where he also played on the football team's defensive line. (John Tuke, one of his teammates, recalls that Taubes stood out for his intensity.) After Harvard, Taubes headed to Stanford for a master's in engineering with visions of becoming an astronaut. It was only after realizing that NASA wasn't likely to send a man of his size to space—Taubes is 6′2″ and 220 pounds—that he decided to pursue an interest in investigative reporting that had been sparked by reading All the President's Men.

Taubes' 2002 article in The New York Times Magazine led to a book on diet and nutrition.

He attended Columbia University's Graduate School of Journalism and soon landed a job at Discover magazine. He caught a break in 1984, when a profile of particle physicist Carlo Rubbia led to a deal for his first book, Nobel Dreams. Taubes thought he would be documenting a breakthrough in physics. Instead, the book chronicled Rubbia's errors and the machinations he used to outmaneuver his fellow physicists. Taubes was struck that science could be so subjective at the highest levels—that it's not just the big mistakes that scientists have to worry about but the numerous small ones that accumulate to support their misconceptions. “You can be fooled in a thousand subtle ways, ” he says.

That lesson stuck with him when, almost by accident, he turned his attention to nutrition science in 1997. By then a freelancer and running low on rent money, he called his editor at Science and asked if there were any assignments he could turn around quickly. The editor mentioned a paper in The New England Journal of Medicine that detailed a dietary approach to reducing blood pressure without restricting salt. Maybe he could write about that?