No carbs for 30 days 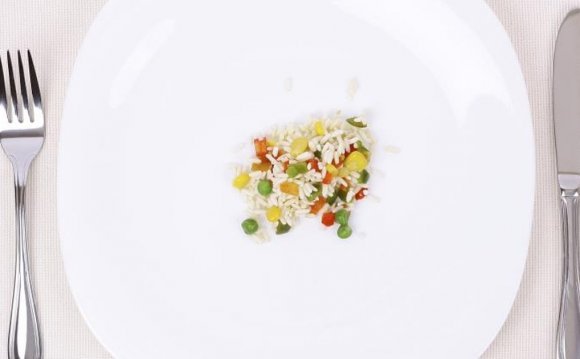 It also taught me that I can go into a meeting that's packed full of cookies and donuts and not eat any.

We bought a lot of groceries. We had to stock up on some long-lasting staples like olive oil and coconut oil. We also had to buy some pretty expensive things like almonds and cashews to keep on hand. In addition, we stuck mostly to free-range and grass-fed meat, which doesn't come cheap.

On top of all of that, we had to go to the grocery store very often. In fact, we were there at least twice every week, and sometimes three times. Fresh produce doesn't stay fresh long, and we really couldn't eat out, so we had to make sure we kept meals on hand.

I was a little afraid to add up all our food costs at the end of the month. When I went to do it, I found out something surprising: we had more money than usual.

There were several times during the month where I hadn't planned ahead as well as I'd have liked to. (Hey, I am working full-time, raising a toddler, and getting a PhD, after all). One of these days in particular, I felt stumped. I only had odds and ends in the fridge and no real meal plan, but it was midday and I was hungry. This is a day when I normally would have run up the road to St. Louis Bread (Panera, for the rest of the world) and bought myself a relatively healthy lunch of soup and a salad. Instead, since it is a bread company and practically every menu item is forbidden, I had to figure something out at home. What I ended up making was this:

That's chicken cooked in cumin, chili powder, and salsa on top of spinach with mango salsa and guacamole. It was delicious.

I began to see all of these whole foods as possibilities that I never saw before. I adapted recipes (once putting peaches in a turkey meatloaf) in ways I never would have considered before. I also realized that a meal didn't have to be a meat with two sides as I'd been conditioned to think. I could just as easily eat some scrambled eggs with mushrooms and then have some cashews and raisins later.

We had already made a lot of dietary changes over the last few years. I had already stopped drinking caffeine, artificial sweeteners, and most processed foods. Because of that, I wasn't really expecting any major physical changes from this diet.

I was surprised to discover that the stomach pain and general queasiness that I just thought was part of life practically disappeared. Upon closer examination, I think I probably have a dairy sensitivity, but I wouldn't have made the connection until I eliminated dairy. I also noticed that I generally felt pretty good. I didn't get headaches. My energy levels were stable, and I felt clear-headed and sharp most of the time.

I did not do this to lose weight. I did, however, weigh myself at the beginning and end to see if there was any change. Since I wasn't actively trying to lose weight, I didn't avoid the more calorie-dense foods that the Whole 30 people suggest avoiding if you want to see weight loss. I ate plenty of avocados, sweet potatoes, and fruit. I never counted a calorie. I never denied myself food if I felt hungry. I sometimes made banana almond butter shakes. I also-if we're being honest-didn't make it to the gym as much as I'd hoped. I fully expected my weight to remain about where it was.

I don't think that weight is a correlated indicator of health. I do not think you can tell how healthy someone is or isn't by the number on the scale. I do think, though, that we can do unhealthy things that will impact our weight, and I think that the fact that I lost 10 pounds in 30 days while eating whenever I wanted means some of the foods I was eating before weren't great for my body.

People do eat out while doing the Whole30, but I don't see how. It was nearly impossible to find foods in restaurants that were compliant with the plan as is, and I am just not forward enough as a person (I'm an introvert!) to grill the wait staff on every single ingredient and figure out a way to make the necessary substitutions. Basically every salad dressing I came across had sugar in it (though I now know they can be made deliciously without it). Even something as simple as plain grilled chicken was often grilled in vegetable oil, which isn't allowed on the Whole 30. It was intimidating to eat out.

Also, talking about food makes people jumpy. People tend to think that when you're restricting what you eat that you're also judging what they eat. I didn't want people thinking that they couldn't drink a beer (also no alcohol on Whole 30) or eat a cookie just because I wasn't.

That made the social impact of the Whole 30 hard to swallow (see what I did there?) sometimes. It was tough finding a good place to meet people when we went out, and I wanted to let people know that I wasn't turning my nose up at their hospitality out of malice. I also think it would be really hard to do a Whole 30 challenge (especially for the first time) if the other people in your household weren't also doing it.

Tea parties, however, were allowed.

As Melissa's position in this debate over whether cocoa powder is allowed in the plan demonstrates, there's more to the Whole 30 philosophy than simply restricting certain foods. She says that the Whole 30 isn't just about eating better foods, but also about breaking psychological habits like needing a dessert at the end of dinner or craving some chocolate.

I completely understand the need to break bad habits, but some of the things considered bad habits are the pleasure of eating. I think that food can be a very pleasurable experience. Making something with your hands that can sustain your body is a very rewarding process, so is the physical enjoyment of smelling and tasting food that is good. Laughing with friends over a great meal is wonderful. I don't think that food should simply be fuel for our bodies, but also food for our souls. I do not want to rid myself of all emotional connections with food.

The idea that creating a "pizza" out of approved foods is somehow "cheating" because it's still too pizza-like is strange to me. I want to eat good food, and I want to enjoy it, and I don't see anything wrong with finding a place where those things overlap.

I'm really glad that I did this challenge. I feel more in control of what I eat and that I have a better sense of how to put together healthy food. I also never felt deprived, and it was really only hard to follow for the first five days. After that, it became second nature.