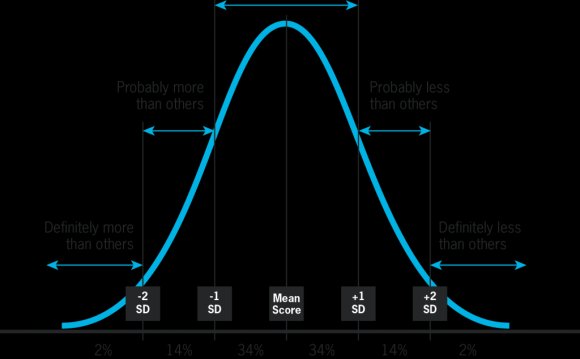 If you happen to keep up with nutrition news, you’ve most likely come across numerous headlines this week that, once again, proclaim low-carb the king of weight loss diets. The low-carb vs. low-fat debate has been going on for nearly two decades now, but, not surprisingly media outlets were quick to report on this study funded by the National Institutes of Health and published in the Annals of Internal Medicine earlier this week.

A little background on the study

The purpose of the experiment was to compare the effects of a low-carbohydrate diet with a low-fat diet both on body weight and heart health. The 150 racially-diverse participants, all of whom were obese, were randomly divided into 2 groups: a low-carb group and a low-fat group. The low-carb group was directed to eat 40 grams or less of carbohydrates per day while the low-fat group was told to take in less than 30% of their calories from fat, which aligns with the recommendations from the 2010 Dietary Guidelines. The participants were not given calorie goals to adhere to however the two groups had comparable average calorie intake at the end of the trial.

When you scan the abstract, the weight loss results seem pretty clear cut. After 12 months, approximately 80% of participants had completed the trial. Participants following the low-carb diet saw significant decreases in weight loss, body fat, and certain markers associated with cardiovascular risk compared to those on the low-fat diet.

But before you start to divvy up your 40 grams of daily carbs, let’s dive deeper into some notable details that weren’t included in the abstract.

1. The low-carb diets weren’t nearly as low-carb as you think. As mentioned above, low-carb dieters were instructed to eat less than 40 grams of carbs per day; however, the average carb intake for the entire group ranged from 93 grams per day at the six month mark to 127 grams at 12 months, over 300% more carbs than the target amount assigned at the beginning of the study. (I don’t know about you but this definitely leaves me wondering about the sustainability of a 40 gram carbohydrate diet.)

2. The study participants had an unfair advantage. Both groups received either meal replacement bars or shakes and routine counseling from a nutritionist for the duration of the study. These two factors likely helped participants adhere to their diets and stick with the year-long trial. However, because not everyone trying to lose weight has access to these same benefits, the applicability of this study to the general population is lessened.

3. Participants in the low-carb group ate significantly more protein. Not surprisingly, something had to take the place of all those carbs, and in this case protein seemed to fill the void. Protein has been shown to have a positive impact on fat loss, by increasing satiety and maintaining calorie-burning muscle. Thus, it’s impossible to tell whether the greater fat loss in the low-carb group was due to cutting carbs, eating more protein, or some other factor that wasn’t accounted for.

4. The trial didn’t use the best method for measuring fat loss. Researchers essentially used a fancy scale that measures body fat using bioelectrical impedance, which works by measuring total body water. Accuracy issues aside, low carb diets reduce water weight quickly which, in this case, could have been misinterpreted as additional fat loss.

In this case, waist circumference would likely have been the next best measurement of fat loss, however the differences between the two groups in this area were negligible. The low-carb group had smaller waists than the low-fat group for the first half of the study however, both groups had similar decreases in waist circumference at the conclusion of the trial. Based on waist circumference measurements, it’s hard to support the claim that low-carb diets are superior for long-term fat loss.

So what does this all mean?

As it turns out, the study doesn’t actually prove that low-carb diets lead to greater weight loss compared to low-fat diets. Instead, it shows consuming fewer carbohydrates may increase protein consumption, and something about that combination seems to enhance weight loss—however, the cause is not yet clear.

What is clear is that adhering to a diet of 40 grams of carbohydrate per day for any amount of time is really difficult, even with low-carb meal supplements and nutrition counseling. On the upside, the results from this study hint that lower carb intake paired with higher protein consumption may lead to greater weight loss over time—which seems infinitely more sustainable (and enjoyable) for most than a true low- or no-carb lifestyle.