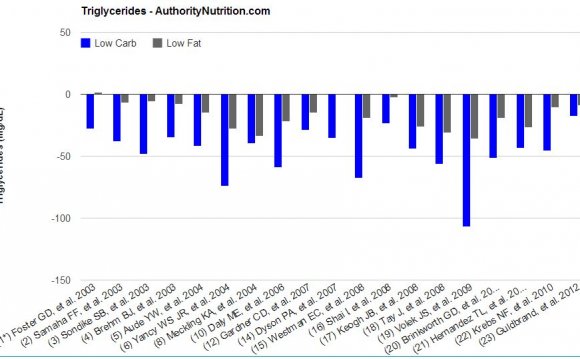 MONDAY, Sept. 1, 2014 (HealthDay News) - For people who want to lose weight and boost their heart health, cutting down on carbohydrates may work better than trimming dietary fat, a new study suggests.

In a small clinical trial of obese adults, researchers found that those assigned to follow a low-carbohydrate diet lost more weight over a year than those who followed a low-fat plan.

They also had bigger improvements in their cholesterol and triglyceride levels, the research team reports in the Sept. 2 issue of the Annals of Internal Medicine.

Yet in this study, people on the low-carb diet saw slightly greater improvements in their levels of "good" HDL cholesterol and triglycerides - another type of blood fat. That could have been due to the bigger weight loss, Hu said, or to the greater amounts of "good" unsaturated fat in their diets.

But he also noted that the study ran for just one year, and it's not clear how people on either diet would fare in the long run.

There are other caveats, too, according to a dietitian who was not involved in the study.

"I do think that most people eat too many carbohydrates, " she said. So eating fewer carbohydrates, and choosing high-quality ones - fruits, vegetables, beans and whole grains - is a sound idea, according to Angelone.