Low carb and Working out 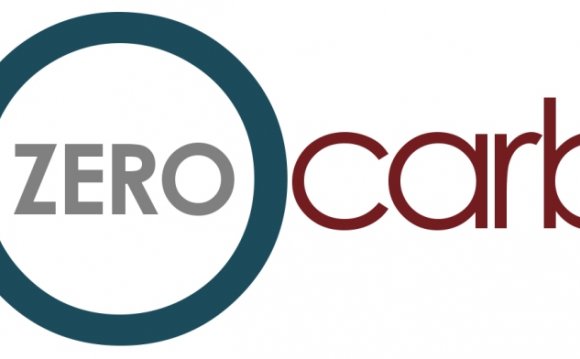 Gary Taubes is not a fan of exercising to lose fat and I agree with him (in a sense). He argues that dietary intervention is more important. Don’t believe me? Want proof? Here’s Gary’s blog post for the New York Times in which he makes a pretty compelling case against exercising to burn fat.

Gary is right – you don’t exercise to burn calories, but let’s look at his target audience: mostly sedentary people that live off of a highly processed carbohydrate way of eating. Exercise isn’t typically their thing, so a low carb diet kind of makes sense. Does that sound like you or your situation? The problem as I see it is that many people who are ardent fans/followers of his approaches and philosophies DO exercise. Many of them teach people to exercise with intensity and that’s where I disconnect.

Taubes’s “insulin hypothesis” goes like this: if you don’t stimulate insulin with carbs, your body won’t store fat (it actually can and does but the general idea is mostly correct so let’s run with it and take it to its logical conclusion). Most people are aware of “insulin resistance” in terms of Type 2 diabetes. Once again, this is the short version, but your body basically becomes resistant to insulin because high levels of glucose circulating through your body all of the time suppress hormones like HGH and leptin (both are really the “keep you lean” hormones). When you take someone that is on one end of the extreme diet perspective (glucose dependent) and you put them on another extreme diet (fat dependent), they often see results really fast because the hormones that were being suppressed are now back in business (even if it takes some time to get them rolling again). All of this is irrespective of exercise, but I will come back to that later.

So now let’s talk about the other side of the coin. You are no longer on your glucose-dependent diet, and you are mostly fat adapted. You have low levels of insulin most of the time. Let’s be clear: this is an extreme way of eating, so what does your body do? It adjusts. Remember the insulin resistance we talked about earlier that was caused by a high carb/low fat diet? Well now, on the low carb/high fat diet, you are susceptible the opposite turn of events because when insulin is super low most of the time, the signals to mobilize fat don’t get stimulated. Why would they? You are being fed fat non-stop – you are eating less and your body adjusts.

If you add intense exercise to the mix, you create a toxic environment (adrenal fatigue) where preservation becomes the norm for your body and fat is retained as a result. Your body is trying to keep you alive despite the fact that you are trying to starve your muscles of their main source of energy, which is glucose. This is where people say that the body can make glucose through a process called gluconeogenesis, which is of course true. The only problem is that your body needs glucose NOW in the instance of high intensity exercise, and gluconeogenesis is slow.

This is why demonizing insulin misses the point a bit. Many “high fat” authors aren’t speaking to athletes, but if you look at what we suggest it certainly isn’t low fat. Characterizing insulin as a “storage hormone” is incorrect. It can more accurately be described as a “building hormone” and for athletes, that’s a good thing because the more muscle you have, the better your metabolism will function. When you have more muscle, you’re stronger and you can burn more fat. Whether your goal is to build muscle, or just to maintain the muscle you have, insulin is an important part of that process.

So why No Exercise?

Imagine a scenario where being athletic and strong isn’t really your biggest concern. That’s the reality for most people. They are so lost and looking for a solution that they need to consider something and consider it fast. These people (I was one of them) have decided that exercise just didn’t offer a big enough bang for your buck, mostly because (as Gary puts) it “exercise makes you hungry.” So let’s be crystal clear – if you are mostly reliant on glucose for energy and you’re sedentary, doing the opposite pays big dividends in the short term. Gary argues that you will naturally want to be more active later on and once again, I can say there is some good anecdotal evidence on his side (including me and my story).

The simple fact is that if your sole focus is losing fat, eating less and doing less is the best solution by far. Eating mostly fibrous vegetables and fats does a good number on that. In the end there is no magic there; you are eating few calories when you are eating nutrient dense foods, eating less and doing less works…In the beginning. We all know this because the first pounds come off the easiest. So ketogenic diets like Atkins or what Gary subscribes work in the beginning but they are an absolute mismatch for athletes. The fact of the matter is that they were never supposed to be utilized for these populations, but it happened anyway.

But What About Paleo? Isn’t Paleo Low Carb?

What I eat on a low carb day, rest day and eating at work.