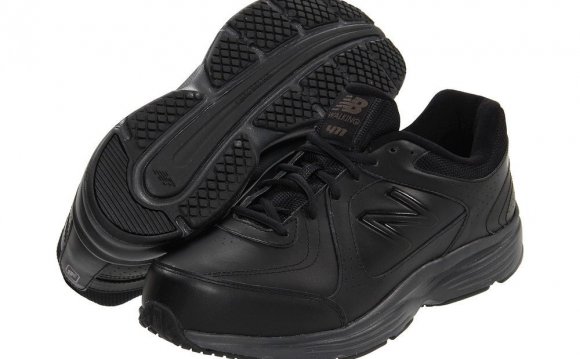 Seven simple rules. Consider them pledges—pledges to yourself. And you're going to be amazed by just how easy they are to follow.

"I Will Eat Protein with Every Meal and Every Snack"

Here's why this rule is so important: At any given moment, even at rest, your body is breaking down and building up protein, says Jeff Volek, PhD, RD, a nutrition and exercise researcher at the University of Connecticut. Substitute the word "muscle" for "protein, " and you quickly understand just how dynamic your body is and how your muscle content can change considerably in the course of just a few weeks.

But muscle doesn't come just from pumping iron, hauling lumber, or visiting Roger Clemens's "nutritionist." Muscle buildup is triggered by eating protein. In fact, every time you eat at least 10 to 15 grams of protein, you trigger a burst of protein synthesis. And when you eat at least 30 grams, that period of synthesis lasts about 3 hours—and that means even more muscle growth. Here's a quick look at what those numbers translate into when they actually hit your plate.

Your Plan: Eat protein at all three meals, which can include meats and eggs or other options such as cheese and milk. You need to boost your protein intake to between 0.8 and 1.0 gram per pound of body weight in order to preserve your calorie-burning muscle mass. (That's a total of between 83 and 126 grams daily for a 185-pound guy.) That means aiming for approximately 30 grams of protein at your main meals, and two snacks of at least 10 to 15 grams of protein.

Trick Yourself Slim: Make a snack out of yogurt once a day. A University of Tennessee study also found that people who added three servings of yogurt a day to their diets lost 81 percent more belly fat over 12 weeks than those who didn't eat yogurt. And a study in Molecular Systems Biology found that yogurt-based bacteria can prevent the body from absorbing fat. Bugs that eat your fat! Who knew?

"I Will Never Eat the World's Worst Breakfast"

What's the world's worst breakfast? No breakfast at all.

It's true. Regularly skipping breakfast increases your risk of obesity by 450 percent. And breakfast is the one meal where, calories be damned, eating more is almost always better than eating less—in an ideal world, you'd get between 500 and 750 calories at breakfast alone. Just make sure some of those calories come from protein. In a 2008 study, researchers at Virginia Commonwealth University found that people who regularly ate a protein-rich, 600-calorie breakfast lost significantly more weight in 8 months than those who consumed only 300 calories and a quarter of the protein. The big breakfast eaters lost an average of 40 pounds and had an easier time sticking with the diet, even though both groups were prescribed about the same number of total daily calories.

If you read and follow the The Men's Health Diet you'll know exactly how to select a great breakfast that mixes protein, calcium, fiber, carbs, and other nutrients. The better the quality of the food you put in your body, the better a body you'll get in return. But, if it comes down to something sketchy or nothing at all, in most cases, eat what's there and make up for it by eating as healthfully as you can for the rest of the day.

Your Plan: Eat a considerable portion of your daily calories—30 to 35 percent of your total intake—in the morning. The very best breakfast will match proteins and whole grains with produce and healthy fats. For example: fried eggs on whole-grain toast and a protein and fruit smoothie. If you have neither the time nor the stomach for a big breakfast, eat two small ones—have cereal with your coffee, then grab a yogurt and fruit to eat at your desk. But the bottom line is this: Get some protein for breakfast, and the rest of the day will take care of itself.

Trick Yourself Slim: So you absolutely, positively, no kidding, have zero time for anything but a cup of coffee? Okay: Before you pour the coffee, fill your cup with milk. Drink it down until you have just the right amount to lighten your joe, then add the caffeine. Eight ounces of 1% milk gives you 110 calories and 8 grams of protein, along with a hit of fat-burning calcium. Even if you can't possibly eat breakfast, well, guess what: You just ate breakfast!

"I Will Eat Before and After Exercise"

As in romance, comedy, and the stock market, timing is everything when it comes to food and exercise. And the great news for any guy who loves to eat: You probably need to eat more. In fact, eating more of the right foods at the right times can turn every workout into the best workout of your life.

Indeed, when it comes to exercise and nutrition, researchers are worrying a lot less about the what and thinking a lot more about the when. Here's what eating at the right time can do for you.

The Better Sex Diet Plan For Men and Women

How to plan healthy meal plan for men