Weight loss without exercise and Dieting 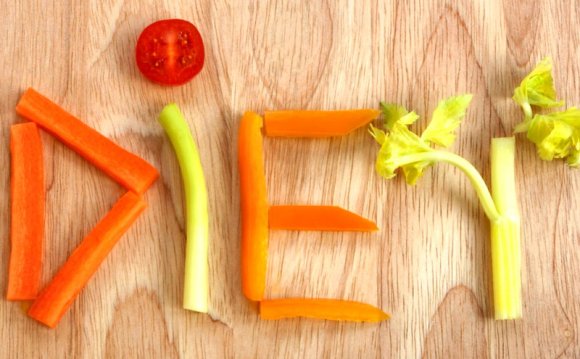 For some people, it's easier to go to the gym than it is to turn down a third slice of cake. But for others, the opposite applies. If you're trying to lose weight — aka burn more calories than you eat — common sense and basic arithmetic suggest that you should be able to either eat less (i.e., take in fewer calories) or exercise more (to burn more calories) to see results. At least theoretically, you should be able tip the scale using just one technique.

But new research suggests it might not work like that, after all. In a recent Arizona State University study, 81 healthy but sedentary overweight women did 30 minutes of treadmill walking three times per week for 12 weeks. During each session, they exercised at 70 percent of their maximum endurance, which means they worked out pretty hard. Researchers tracked the exact number of calories each woman burned. As for diet though, it was kind of a free-for-all: The women were told not to change their diets throughout the study, and they didn't have to log what they ate.

Without a doubt, the exercise improved participants' fitness levels, says study co-author Glenn Gaesser, Ph.D., an exercise science professor at Arizona State University. But interestingly (or annoyingly, if you're the one sweating your butt off on the treadmill), extra exercise didn't help everyone lose weight. Or body fat. Or inches from the waist — regardless of how many calories the women burned. Nearly 70 percent of the participants actually gained weight during the study, and most of that weight was from body fat.

Because it's nearly impossible to accurately monitor how much people move and eat outside the laboratory, researchers don't know exactly why certain women packed on pounds, Gaesser says. A couple of theories: The gainers could have reduced spontaneous physical activity — meaning they moved less overall when they got off the treadmill — or they subconsciously consumed more food to compensate for the extra activity. (Exercise can seriously stoke some people's appetites, Gaesser says.)

The bottom line is that exercise, alone, won't necessarily help you lose weight. That said, you shouldn't give up on exercise if it does happen to make you gain weight. "Exercise is still good for your health, and it's more important to be fit than thin, " Gaesser says. (Also worth noting: Some kinds of exercise promote muscle mass that naturally weighs more than fat. It probably won't amount to more than one or two pounds, Gaesser says, but still.)

Regardless of what the scale says, if you really want to improve your health, you need to eat healthy foods and move your body, he says.

Oh, and for what it's worth: The women who lost the most weight after the first four weeks of exercising were more likely to have lost weight by the end of the study. IRL, this means that people who need to lose weight should probably weigh in one month after they start any new exercise routine, Gaesser says. If you don't see any changes, reassess your behaviors (i.e., your post-workout binge) outside the gym and make some changes to see results.

Weight loss tips without exercise or dieting inspired by ...

Loose Weight Without Exercise and Dieting

Weight Loss Diet - How to Diet and Exercise with Obesity