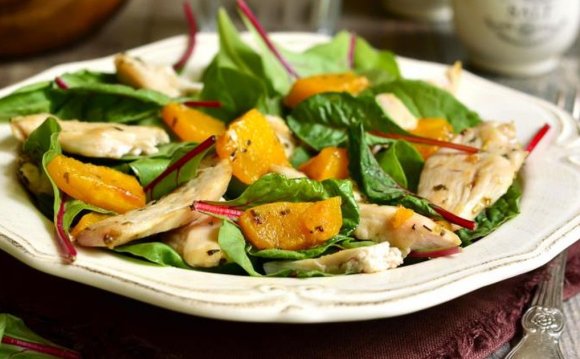 "I used to snack on an entire box of cookies - but I was in shape."

When I played basketball in college, each week I trained by running five miles, lifting weights for two hours, and practicing for 10 hours. Even though I ate fast food five times a week, drank soda for breakfast, and was known to snack on an entire box of cookies in one sitting, all that exercise kept my 6-foot frame at a lean 140 pounds. But once I quit basketball, the weight seemed to come on overnight. The calories I consumed stayed the same, but the rate at which I was burning them dropped drastically. After college, I spent my time sitting behind a desk or in my car for nine hours a day. And then, at 22, I gave birth to my daughter, Jaiden. By the time she was 4, I weighed 297 pounds.

"It was depressing to pull out the fat clothes again when a diet failed."

I tried every fad diet that promised the most weight loss in the shortest time - the cabbage soup diet, the grapefruit diet, Atkins, and diet pills. I dropped weight fast, but the results were short term, and it was depressing to have to put on my fat clothes when the weight inevitably crept back, plus some. Fad diets didn't work for me because when I went off the diet just once, I couldn't get back on track. Someone would bring doughnuts to work, I'd lose my willpower, and that would be the end of that diet.

"When I couldn't button my size 24 jeans, I knew I had to do something."

Last year, I went shopping for pants. At that point, I was wearing a size 24, but they were so tight that they actually left red marks on my skin. I stared at the size 26 jeans on the shelf; I'd never been that size before - and I simply refused to go there. That's when I really knew I needed to lose the weight for good. I walked out of the store and started researching permanent-weight-loss programs online. The websites I saw recommended eating 1, 200 calories a day to lose weight the healthy way. I printed out calorie counts of food and drove to the grocery store with that calorie list in hand. After two hours of cruising the aisles and checking every food label, I left feeling very motivated.

I couldn't believe that I'd never paid attention to calories before - and I was shocked at what I found: Granola is actually high in calories, and there are only 90 calories in a Rice Krispies Treat. I started eating cereal bars and fruit for breakfast, Smart Ones frozen entrées for lunch and dinner, and fruit and 100-calorie snack packs in between. I mentally kept track of the number of calories I ate, which was easy since I chose foods with calorie counts on their labels. I drank lots of water and ate pickles (only 5 calories each!) to curb my hunger. But surprisingly, I didn't feel very hungry - probably because I had mentally psyched myself up to lose weight. I learned how to count calories in other foods too, so I was able to eat more than just prepackaged meals. I realized that I could still have a slice of cake - as long as I stopped at one slice. During lunch breaks at work, I started walking with a coworker who was also trying to lose weight. Previously, we had eaten fast food together three or four times a week. Now, we walk a mile outdoors nearly every day. If it's too hot, we walk through Wal-Mart. Most times, we're so busy talking that we don't even realize how far we've walked. At home, I bought a stationary bike that I ride four days a week either before or after work while watching recorded episodes of Judge Judy. I lost 18 pounds the first month and 13 pounds the next. I think my body was in shock! But since I was seeing the results, it made it easy to keep going.

"I'd like to be a healthy example for my daughter."

I don't want Jaiden, who is now 10, to have to battle with weight like I did. If she sees me eating two sausage-and- cheese sandwiches and a doughnut each morning - and washing it down with a soda - she's going to pick up those habits. But if she sees me eating a banana and a Special K cereal bar, healthy eating will become second nature to her. My dad has diabetes, which also puts her at risk, so it's especially important that I set a good example. In the past year, I've already seen a difference. She chooses fruit over candy and doesn't ask to eat fast food. I never told her that she couldn't eat junk food; she simply doesn't ask for it anymore. These are changes that I hope will stay with her.

"When I look in the mirror, I see a new, healthier me."

Even at my largest, I always felt good about myself and was happy in my life - but since I've lost all those pounds, my self-esteem has really soared. I feel more confident when I meet new people and make decisions at work. I used to think that people looked at me and thought, Gosh, she's got such a pretty face, but she's so heavy. Now, I feel pretty without the "but." Being blonde and 6 feet tall, I'm a pretty striking person already. I definitely don't need that extra 100 pounds attached! When I look in the mirror, I can see that I look healthier - and I feel healthier too. I have so much more energy now: Chores that used to require too much effort - like cleaning the house and walking my two dogs - are now fun. I've donated my bigger-size clothes to charity so there's no excuse to ever go back to wearing them. I'm down to a size 16, and my ultimate goal is to be a size 12 or 14. I know I'll get there by maintaining what I've been doing. The food choices I make will stay with me forever because they're not drastic or unrealistic.