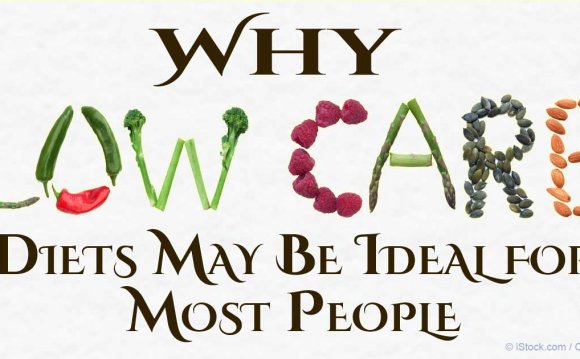 Low-carb diets are powerful for weight loss, but even the people who all agree that they work can’t agree on precisely why they work. Is it only because eliminating a food group automatically forces you to eat fewer calories, so it bypasses all the ways that humans are terrible at calorie-counting and tricks you into eating a low-calorie diet without realizing it? Or is it actually via hormonal pathways that affect physiological drivers of fat storage?

You might say it doesn’t matter – if it works, it works, and who cares why? But the answer does actually have consequences, and luckily, it’s been studied – quite a bit, actually.

One way to test the question would be to put two groups on a diet with equal calorie content, but have one group eat low-carb and the other just restrict calories. If low-carb diets cause weight loss for some reason other than strict calorie restriction, then the subjects in the low-carb group should lose more weight despite eating the same number of calories.

This meta-analysis looked at exactly that: studies of isocaloric low-carbohydrate vs. balanced (whole grains, low-fat, the typical Food Pyramid type of diet) diets. The weight loss achieved by both diets was basically similar, on average:

There was no difference between the average weight loss of all the people eating low-carb diets and all the people eating low-calorie diets at either time point. Basically the same thing was true in diabetics: people with diabetes had lower average weight loss across the board, which didn’t differ between low-carb and other diets when calories are held constant.

This suggests that it’s really the calories, not the hormonal effects of a low-carb diet that matter. But hang on for a second and take a look at another review.

The 2014 review above only included studies in which calories were roughly equal. A 2009 systematic review of randomized controlled trials that compared low-carbohydrate and low-calorie diets, without specifying that calories had to be equivalent (most of the low-carb diets didn’t actually specify calories at all, just carbs). The review looked at studies that lasted between 6 months and 1 year, and concluded that low-carbohydrate diets were overall more effective for weight, HDL, trigs, and systolic blood pressure, and that they were generally easier to stick to.

So how did two reviews of the evidence come to opposite conclusions? Probably because they have only one study in common: otherwise, they compared completely different studies. The 2014 review excluded studies where the low-carb subjects got to eat as many calories as they wanted, which took out most of the studies in the 2009 review. In most of the studies from the 2009 paper, the subjects in the low-carb group ended up eating slightly fewer calories than the subjects in the other groups.

So is it the Calories or the Hormones? Or Is That the Wrong Question?

In general, you could say that the 2014 review represents what you’d get under very controlled lab conditions, where the 2009 review represents what actually happens when real people eat low-carb compared to low-calorie diets. In the real world, most people who embark on something like Atkins or low-carb Paleo don’t count calories, so the 2009 review gives you a better idea of what would actually happen to them

So far, here’s what we know:

Not quite. Because that still doesn’t explain why people on a carb-restricted diet eat fewer calories even if they aren’t instructed to reduce them. They’re allowed to eat as much as they want, so presumably, if they eat less, it’s because they’re just not hungry and don’t want any more food.

But what makes them less hungry on a lower amount of calories? Hormones! What allows them to burn the calories they eat for energy instead of storing them as fat? Hormones! The insulin-sensitizing effects of a low-carbohydrate diet, the overall hormonal regulation that comes along with it, and the improvement in appetite regulation when you’re not on and off the blood sugar rollercoaster all the time make it possible and even easy to eat fewer calories without calorie-counting.