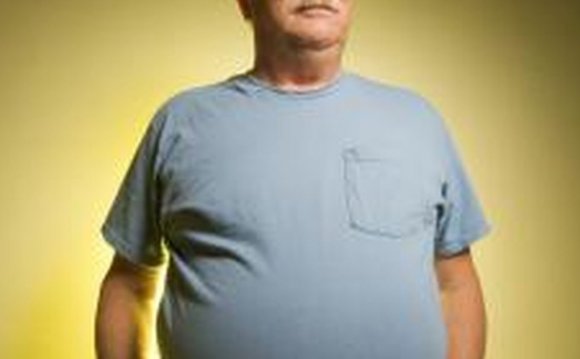 I have seen Beyoncé’s HBO documentary, Life Is But a Dream, a startling number of times. There are so many parts I like: When Beyoncé brings her computer into an elevator and films herself in the elevator. When Beyoncé talks to a mysterious man off-camera who is wearing glasses. When Beyoncé says, “Life is but a dream!” to Jay-Z and Feist is playing in the background. I could go on.

But my favorite part of all is when Beyoncé prepares for her performance at the 2011 Billboard Music Awards. At first, it looks like the whole thing is going to be a disaster. The rehearsal space gets screwed up. The special effects guys are worried about the army of digital Beyoncés they are making out of computers. Beyoncé has to coordinate her dancing with the digital Beyoncés, which is difficult. Finally, Beyoncé does a video diary. Only one eye is shown on-camera, and the other eye is off-camera for some reason. Beyoncé talks about throwing in the towel and giving up. She can accept defeat when she is defeated, she says. You think it’s all over. Then the next scene is the best performance I have ever seen a human do. I cried.

This is the thing about Beyoncé: She is truly incredible. She’s insanely talented, she has the best baby I’ve ever seen, and she gives performances normal people couldn’t ever do even with ten years of rehearsal time. Naturally, her fitness and dieting regimens are things mere mortals can barely contemplate. As a professional dieter, I had to do her various diets before I died. But would my attempting Beyoncé’s lifestyle be a hard-luck story that ultimately paid off with amazing success, like Beyoncé at the Billboard Music awards? Or just a regular hard luck story, which usually ends in failure?

Preparation:
One thing I have always enjoyed about Beyoncé is that she’s very open about how hard it is to eat like she does. This is very refreshing, as most celebrities are always saying crazy things like, “I eat pizza but I eat it moderately.” One time Beyoncé called herself "a natural fat person, just dying to get out.”

I have decided to do the entire range of Beyoncé’s diets. I will endure the Master Cleanse that Beyoncé endured when she lost weight for Dreamgirls; I will attempt the herculean diet Beyoncé used to lose weight after birthing Blue Ivy. I will subject myself to Beyoncé’s daily fitness and nutritional travails. I mean, this is a woman who, in 2005, hired someone to film her for sixteen hours a day: She knows how to look good.

Day 1 and 2: Master Cleanse
Beyoncé was apparently inspired by Tom Hanks in Castaway when she decided to lose twenty pounds for her part in Dreamgirls. To do it, she decided to use the master cleanse, a diet first developed in the forties that involves drinking only lemonade made out of cayenne pepper, lemons, and grade B maple syrup (do NOT get grade A, in the Lord’s name) nine times a day. You can’t eat food. You also have to consume something called the Salt Water Flush (salt water that you drink while looking at yourself in the mirror, according to a forum on the subject) that is supposed to “help” your digestive tract.

Now, as a veteran dieter, I have done the master cleanse before. Of course I have! It was all the rage in 2006 because of Beyoncé. I have to say, the first time I tried it, I did not love it. I only lasted a day or two. One of my big problems was that I didn’t understand the salt water flush. This time, however, in the name of journalistic integrity, I decided I would try the master cleanse in a real way. Just like Tom Hanks in Castaway.

So, bright and early on a spectacularly gray Monday, I got all the ingredients at the grocery store and set about making my lemonade. It was hard to squeeze the lemons by hand (I have very weak arms), but the lemonade itself was not bad. It tasted like a spicier version of regular lemonade. For the first couple of hours I was on the diet, it was fine. The spiciness of the lemonade mitigated my hunger throughout the morning. By 3 p.m., however, I started to feel hunger. It is hard to have lemonade for dinner. I don’t recommend it.

Later, I went to a vaudevillian revue in a basement. While I was watching a man put on a surgical gown and sing a humorous song about being a doctor, I thought about how Beyoncé said she felt “cranky” on the master cleanse because other people on the Dreamgirls set were eating Krispy Kremes near her. The one good thing about this vaudeville revue was that they didn’t serve Krispy Kremes at all, just Shirley Temples with vodka in them. But even those were making me so hungry I eventually had to leave.

The next day, however, something odd happened. I was way less hungry than I was the day before. I actually looked forward my spicy lemonade, as if it were an old friend. I didn’t even really care when people ate food near me. Had the master cleanse rid me of the need for solid food? It was a question.