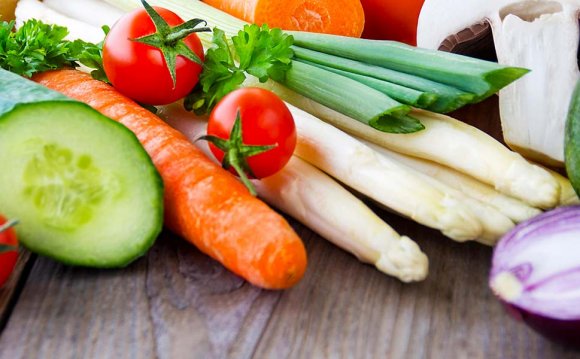 Diet plans can keep your nutrition on track, but it’s always a gamble as to whether they’re really worth the money and time. Researchers at Johns Hopkins University, though, have taken the guesswork out of your decision by creating the most comprehensive review of commercial weight loss programs out there. In a new meta-analysis, the team looked at 4, 200 studies and found that only a few programs actually help people lose more weight than they would have without the structured plan. (10 Unbelievable Diet Rules Backed by Science.)

The heaviest hitters? Jenny Craig and Weight Watchers, which were the only programs where participants, on average, lost more weight after one year—at least eight and 15 pounds, respectively—than those who were either dieting on their own or garnering their nutrition advice from other sources. (Try one of these 15 Low-Calorie Chocolate Dessert Recipes from Weight Watchers.)

The researchers also found that very few of the commercially-available plans have actually been thoroughly scientifically studied—only 11 of the 32 most popular, in fact. And while programs with scientific support are obviously ideal (another reason Jenny Craig and Weight Watchers stood above the rest), there were still some promising contenders in the less-researched category. NutriSystem, for example, resulted in more weight loss after three months than nutritional counseling alone (although the study authors do warn that very low calorie programs like this carry higher risk of complications, like gallstones). The other most promising diet? High-fat, low-carb plans like the Atkins Diet, which helped people lose more weight after six and 12 months than those just seeking nutritional advice from an expert. (As for non-commercial plans, the DASH Diet Was Named Best Diet for the Fourth Year in a Row in 2014.)

Even among the most promising diet programs, though, people only lost three to five percent more weight than the non-program participants. But while that may seem like minimal progress, it’s actually very promising, says study co-author Kimberly Gudzune, M.D. Three to five percent of your starting weight is actually the goal most weight management guidelines suggest. “If people achieve this, we typically see improvements in their health, including lower blood sugar and a better cholesterol profile, ” she adds.

This is the real importance of diet programs, the researchers adds. Even though they measured success on the scale, it’s about far more than fitting into your jeans. “We want people to experience the health benefits of weight loss—lower blood pressure, cholesterol and blood sugar, and lower risk of developing diseases like diabetes, ” said study co-author Jeanne Clark, M.D., director of the Division of Internal Medicine. “Those benefits are long-term goals; losing weight for three months, then regaining it, has limited health benefits. That’s why it’s important to have studies that look at weight loss at 12 months and beyond.”

So, while certain programs probably are worth the money, you don’t have to fork over a fortune to see the same results. Shop around for your own plan, but steal the winners’ secrets: The factors that make Jenny Craig and Weight Watchers so successful are their frequent contact with participants, the structured nature of the programs, and the social support, Gudzune points out. (Plus, try these six stratgies to created The Best Diet for you.) Looking for a weight loss plan or program that incorporates these three traits will give you the best shot of losing the weight, keeping it off, and becoming healthier—on and off the scale.