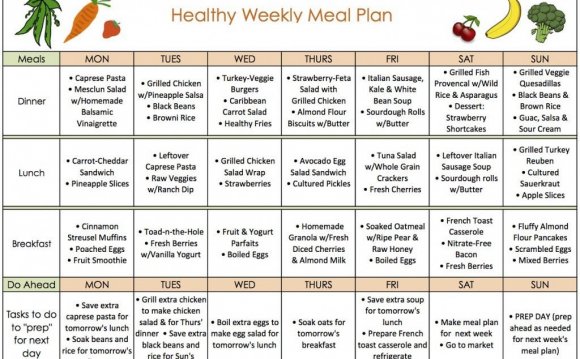 Diets really do work. Well, some popular weight loss programs actually live up to their promise, and help people drop a modest amount of weight—and keep it off for at least a year—according to a just-published review in the Annals of Internal Medicine.
The researchers, led by Johns Hopkins University, looked at 45 studies that examined 11 commercial weight-loss programs. The most effective plans: Jenny Craig and Weight Watchers.

“Out of all the programs we examined, only Weight Watchers and Jenny Craig achieved a significant weight loss that was sustained for 12 months in multiple studies, ” says study author Kimberly Gudzune, MD, MPH, assistant professor at the Johns Hopkins University School of Medicine. (The study was funded by government grants, not by makers of the diet plans.)

After a year, people on Weight Watchers had lost 2.6% more body weight compared to a control group that received counseling, while those following Jenny Craig dropped 4.9% more than the control group. “Because your starting weight can affect the amount of pounds you lose, the medical community focuses on percentage of weight lost to even the playing field, ” Dr. Gudzune says. “In the studies, this translated to an average weight loss at 12 months of at least 8 pounds for Weight Watchers participants and at least 15 pounds for Jenny Craig participants. Keep in mind that your expected weight loss with these programs may be higher or lower depending on your starting weight.”

The researchers weren’t surprised that the two programs were effective. Both include social support (like coaching), structure, and frequent contact and counseling sessions, which have long been known to help people lose weight, Dr. Gudzune says. (Jenny Craig also includes prepared meals.)

Nutrisystem also showed promise—it helped dieters lose 3.8% more weight at 3 months compared to controls—but Dr. Gudzune and her colleagues want to see how dieters are doing at the one-year mark. “Our goal is for people to lose weight and keep it off to help control blood pressure, prevent the development of diabetes, and improve cholesterol, ” she says.

Meanwhile, the Atkins Diet showed mixed results. People had lost 6.8% more weight than the control group at the 6-month mark, but ultimately achieved just 0.1% to 2.9% greater weight loss at 12 months. Health Management Resources, OPTIFAST, and SlimFast—very-low-calorie meal replacement plans—showed swift weight loss in the first three months, but more research is needed to determine whether dieters can keep that weight off in the long run. And self-directed, internet-based programs like the Biggest Loser Club, eDiets, and LoseIt! were found to be no more effective than the control group.

Though Weight Watchers and Jenny Craig were clearly more successful than the other nine diets studied, they both have a potential drawback: Cost. Jenny Craig costs $570 a month, while Weight Watchers is $43 a month. The other programs studied aren’t cheap, either: they ranged in price from free to $682 a month.

Before you’re shocked, consider what’s included in the cost, says Dr.Gudzune. While Weight Watchers gives you the online platform and group sessions, you have to purchase your own food. On the other hand, Jenny Craig comes with counseling sessions and all the food you eat for the month. In this case, thinking about your usual monthly grocery budget can help you determine if the cost is worth it for you. Plus, some programs might be covered by health insurance, partially funded by employers, or eligible for flexible spending accounts. Now, don’t you feel good about getting with the program?

Get healthy now with energizing moves, easy recipes, expert tips and tools, and advice on losing weight and feeling great. Find out how to manage conditions like diabetes and depression, stop allergies, prevent heart attacks, and more.