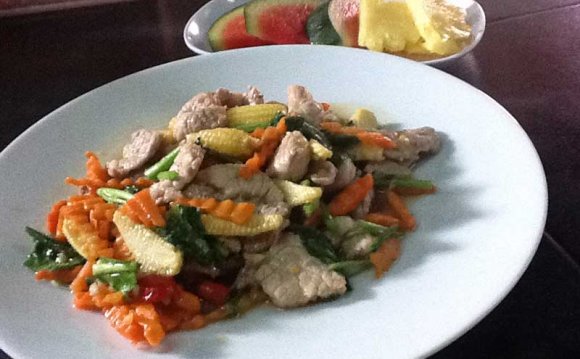 Did exercise play any role in your transformation? If so, What?

At my heaviest, I was 478 pounds. (Maybe closer to 500, but I had weighed in with my doctor for the last time at 478.) I couldn’t exercise. I was lucky I could stand, even briefly. I had to lose 160 pounds before I could even attempt to walk.

Once I had lost about 160 pounds, I was finally able to walk a bit without extreme pain. I started at 2 minutes and scaled up as I got comfortable.

Soon a two-minute walk became five, five became ten, ten – twenty, and so on, until I was walking about 45 minutes every day. The only exercise I have ever done during this time is walking.

I am a firm believer in diet being 90% of losing weight. I really think I’m a testament to that. I could be wrong, but it’s worked well for me.

Did you find you became obsessed with food, or felt like the diet was taking over your life? How’d you deal with that?

I don’t really feel like I became obsessed with food. Moreover, I trained myself to have a healthy relationship with food.

Before, I would obsess. If I’d go more than two hours without a meal, I’d get anxious and aggravated. I gained more awareness to my relationship with food. I thought of it more as a fuel source, rather than a source of emotion – since before I had used it to feel happy or satisfied.

I’m not exactly sure how I got there, other than determination and exploring my mind as I got cravings. Although I didn’t know much about nutrition, I decided to cut down on sugar.

Honestly, my appetite was really under control after 30 days without sugar or sugar substitutes. Once my body was essentially detoxed from sugar, I had won the war on hunger. I still deal with urges, but if I can ignore them long enough, they subside.

What’s one mistake you made during your transformation?

If I could do it over again I probably would’ve studied nutrition a bit more, and taken a few of those ‘before’ shots everyone has in a pair of underwear and from a few different angles.

Unfortunately, the only photos I have of myself were ones that people were able to sneak of me while I wasn’t aware. Cameras were my worst enemy.

What Aspect of your weight loss journey has challenged you the most?

If I’m going to be completely honest here, I have to say my mind. Trying to keep both my mind and ego under control has been the most difficult thing I’ve experienced. Is that bad? Probably. However, it’s the truth. Like I mentioned earlier, I’m a romantic and going from being invisible to everyone to now somewhat noticeable has started to give me some complexes.

People didn’t notice me before but now people want to be near me? I’m the same man, just smaller. It’s a complex issue with many facets I haven’t even begun to touch. I’m very introspective and I’ve really explored my mind and emotions throughout this entire process.

It’s interesting to think how much has changed about me since I started. I find myself less stubborn, more open, and progressive than I ever have been before. Stepping outside of my comfort zone in every way possible.

Being aware of my changing mind and controlling my ego has definitely been the biggest challenge.

What are your future plans with health and fitness?

I like to fantasize about helping others. My weight loss has been so extreme and yet I’ve kept it natural. I have quite an interesting story, too. My ability to talk about the most uncomfortable aspects of being nearly 500 pounds really seems to affect the people I share it with on so many levels.

Obesity is an epidemic in the trucking industry and I’d like to help the Department of Transportation develop some easily attainable health initiatives.

My personal plans? Just maintain. I’m going to learn how to ski and I plan on turning my walking into running once the weather breaks. I’ve already started skateboarding and . From 500 pounds to an ollie. It makes me emotional when I think about it.

What advice would you give to others aspiring to change their body?

The only advice I can give is this – just know you’re not alone. I felt so hopeless at 500 pounds. I thought there wasn’t a person in the world who knew what I was going through. All the emotions I was dealing with or even the everyday tasks, like clothes shopping. I felt like I was alone and that I had no one to relate to.

I was always angry because people would sympathize for me. Meanwhile, all I was thinking was ‘You don’t know how this feels.’ Then I’d go back to a fast food spot to find some comfort.

Who could I blame? Eventually, I realized it doesn’t matter why, who, or how I got to be 500 pounds. I AM. I can be as upset and hurt by it as I want. I can try to find someone to blame. What I realized was all of that is irrelevant. I’m here. I’m 500 pounds and the only way that’s going to change is if I take control.

“I just don’t have your willpower, ” is one I hear a lot. It always takes my mind to this place of remembering I was hands down the weakest man I knew. There is nothing in me that you don’t have in yourself. I know everyone can achieve their health goals, especially if I could.

Disclaimer: Your results may vary and Kyle’s were largely due to his dedication and adherence to his calorie/macro protocols.