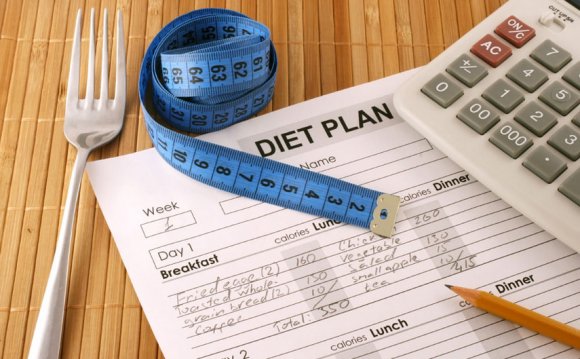 I received an email the other day that sums up how popular diet/fitness misinformation can leave people frustrated, upset, angry and eventually to flat out give up on the idea of getting in shape.

“I just read your book and it says my RMR is approx 1250 calories. I want to lose 2lbs per week because that is supposed to be a realistic weight loss goal…but to do that you say you have to create a 1000 calorie deficit each day, that means I can only eat 250 calories per day…but I also heard that you should never eat below 1200 calories per day…so how is this possible?!”

Of course I’m paraphrasing and this is not the exact words, but this is a very typical email I get every week.

There are a few different flaws and fallacies in this statement…did you notice them? If not, I’ll show you.

Fallacy #1. There is no scientific proof that 2lbs per week of weight loss is a safe or realistic goal that all adults humans can or should expect to achieve. This is a claim based on FTC advertising standards. You only hear this number because marketers aren’t allowed to say any more by law. If they could the number would likely be 10lbs per week. That doesn’t make it any more or less correct, because neither number is based on scientific evidence.

A 6’5 260lbs man can easily expect to lose up to even 4lbs per week, however a 5’1 woman is hardly in the same position. Instead of setting a weight loss goal based on poundage (ie: 1lbs, 2lbs, 3lbs per week) you should be looking at it as a percentage of your bodyweight.

A 6’0 tall man who weights 220lbs with a RMR of approximately 2000 cals/day could easily create a 1000 calorie deficit each day by cutting his calories to 1500/day and burning an additional 500 calories in a good hard workout (mix of weights and cardio).

1500 is still plenty of calories to feel relatively satisfied while still creating a fair sized deficit to facilitate a significant weekly weight loss.

Also 2lbs of weight loss represents less than 1% of his total bodyweight.

Now change the person to a 5’1 woman with an RMR of 1250 calories. She would have to eat around 750 calories per day as well as burning off an additional 500 in the gym. This is starting to sound more like torture than a reasonable diet plan.

The fallacy is that 2lbs is a good target for all body sizes…it is not. Smaller people have smaller metabolisms and shouldn’t expect to lose as much total weight as a bigger person. It would be more realistic for her to shoot for 1lbs of weight loss which would only require a 500 calorie daily deficit…this could be achieved with a much more reasonably daily calorie intake around 1000 calories with a 250 calorie burn from a workout. Doesn’t that sound much more realistic?!

Fallacy #2: 1200 calories is the minimum you should eat in a day

I don’t know where this number comes from and I will be spending some time in the near future looking it up. However based on the RDI and RDA for nutrients the actual lower limit for calories (when you add up the individual recommendations for protein, carbs and fats) comes out to around 800 calories per day for women and 900 for men. So even according to the RDA you can easily eat well below 1200 and get your daily requirements of protein carbs and fats.

These two false assumptions are leading many people down a path of frustration and weight loss failure.

Weight Loss on 2,000 Calories per day in Kernersville