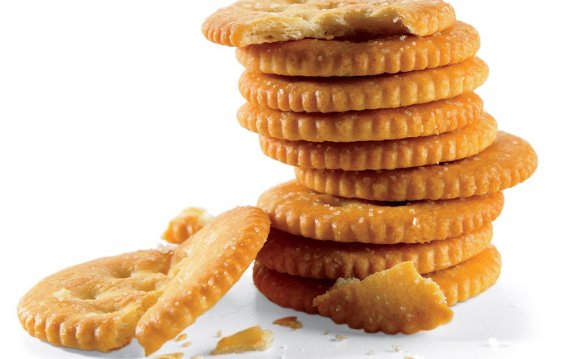 This may change the way you look at “good carbs” and “bad carbs” forever. Carb-dense foods can alter the balance of our gut flora, triggering inflammation. Foods are considered carb-dense if they have a high ratio of carb grams relative to their weight. A small potato, which many consider a bad carb, weighs 170 grams, but it’s mostly water; only about 23 percent of it is carbohydrate. A plain rice cake, by contrast, weighs only nine grams, but almost 80 percent of it is carbohydrate! Found in: bagels, bread (including whole-grain breads), crackers, pasta, cereals, white rice, pretzels.

One of the most cutting-edge components of the 21-Day Tummy is the avoidance of FODMAPs, or rapidly fermentable carbohydrates that can aggravate your gut. Some people aren’t sensitive to any FODMAPs, some experience symptoms after eating only certain ones, and other people develop gradually worsening effects with each exposure. Lactose, found in all animal milks, is the best known FODMAP. Lactose is broken down in the small intestine by an enzyme called lactase.

Our bodies produce less lactase as we get older (since its main purpose is to help babies digest breast milk), which means dairy foods that contain lactose can torment our tummies over time even if they didn’t before. Found in: milk, regular (non-Greek) yogurt, soft cheeses, dairy-based desserts.

Foods with a lot of fructose (another FODMAP) compared with glucose can contribute to gas, bloating, and diarrhea. A 2008 study in the Journal of Clinical Gastroenterology found that patients with IBS who followed a non-fructose diet had fewer symptoms. Found in: certain fruits (apples, mangoes, watermelons), certain vegetables (asparagus, sugar snap peas), sweeteners (high-fructose corn syrup, agave nectar, honey).

The body’s inability to digest a kind of fiber, called fructan, in these foods can cause flatulence. This fiber (another FODMAP) seems to cause more symptoms than some other kinds, but that may simply be because we eat so much of it. Found in: grains (barley, wheat), vegetables (artichokes, onions, garlic), legumes (black beans, kidney beans, soybeans), additives (inulin).

We lack the enzyme to break down a FODMAP in these foods, so our gut bacteria must digest them, which produces gas. Found in: Most beans and some nuts (cashews, pistachios).

Sugar alcohols, low-carb sweeteners naturally found in some foods and added to others, are another FODMAP. They don’t easily pass through our cell walls, so gut bacteria digest them, which can cause gas and bloating. Found in: some fruits (apples, blackberries, nectarines, peaches, pears, plums), vegetables (cauliflower, mushrooms, snow peas), artificial sweeteners (isomalt, mannitol, polydextrose), sugar-free foods.

What Not to Eat, Bad Food & Healthy Alternative Foods ...

The Best Foods to Eat When You’re Keto