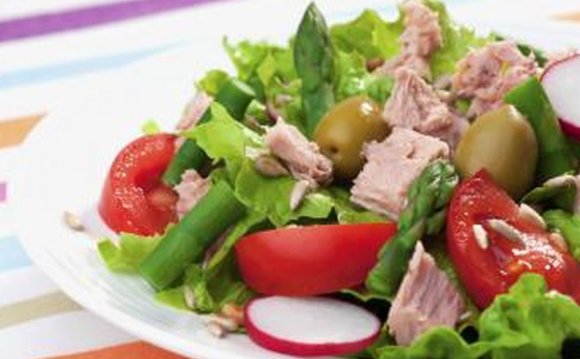 There’s a longstanding debate among scientists and dieters alike about the best way to shed pounds. Those in the more traditional school maintain that decreasing total calories is most important, while others passionately argue that the “calorie is a calorie” dogma is wrong, and that cutting carbohydrates in particular is the most effective way to trim fat. According to researchers in the low-carb camp, carbohydrates are more likely to promote weight gain than protein or fat because they increase levels of insulin, a hormone that drives fat storage.

To see whether a low-carb diet actually generates a metabolic advantage, researchers at the National Institutes of Health designed a carefully-controlled study testing the short-term effects of two different diets: one low in carbohydrates, and the other low in fat. The results were published last week in the journal Cell Metabolism.

For this study, 19 obese men and women spent two 2-week periods confined in a laboratory, where every calorie they ate and burned was meticulously measured by researchers. At the start of each stay, the participants ate a baseline diet designed to maintain their weight by providing exactly the number of calories they used daily. After this lead-in period, researchers put subjects on a 6-day weight loss regimen that reduced their calorie intake by 30 percent (about 800 calories). During one visit, individuals ate 800 fewer calories from carbohydrates only, while their intake of fat and protein remained the same. During the other visit, individuals ate 800 fewer calories from fat only, while their intake of carbs and protein remained the same. All of the meals were formulated by the research staff to precisely meet these diet prescriptions, and participants were required to eat every last bite of food. The amount of fat the participants burned daily was also measured using standard research techniques. Researchers then compared the amount of fat participants ate on each diet to the amount they burned in order to calculate their net body fat loss.

As expected, subjects lost body fat on both diets, but they lost fat at a faster rate on the low-fat diet. When following the low-carb diet, participants burned more fat for fuel, but they had a smaller net fat loss because they also took in more fat from food. The bottom line is that the low-carb diet did not give dieters a fat-burning edge, as many low-carb advocates have claimed. Using intricate mathematical models that simulate weight loss, the researchers predicted that the low-fat diet would continue to outperform the low-carb diet on fat loss over the long term, but that the differences would be modest.

Putting This Study Into Context

Before you rush to any conclusions, understand that this study was not designed to compare the effectiveness of low-fat diets and low-carb meal plans as people might follow them in the “real world.” It was designed to test the theoretical concept that your body treats carbohydrate calories differently from protein and fat calories, and that cutting carbohydrate calories is more effective for stoking your metabolic engine than reducing calories in general.

This study only tested each regimen for six days, so it’s certainly possible that the body might adapt and burn fat differently when people follow these diets for longer periods, although researchers did not see evidence supporting this idea. Further, this study wasn’t concerned with comparing adherence to low-fat versus low-carb diets. Even if a low-fat diet burns slightly more fat than a calorically equivalent low-carb diet under controlled conditions, if the low-carb diet is easier to follow, it’s going to result in more weight loss. Finally, this study was purposely designed to focus on one main outcome: body fat loss. Certainly, low-fat and low-carb diets have different effects on blood sugar, insulin, cholesterol, and triglyceride levels, and these changes have a meaningful impact on health over the long term (losing weight, regardless of the diet followed, will also improve these markers).

Low-Carb vs. Low-Fat: Why It Doesn’t Really Matter

These results are intriguing, but they don’t change my advice for people looking to lose weight. I 100 percent agree with the study authors, who state that the best diet is the one that you can stick with. All of this fuss over low-carb versus low-fat is completely irrelevant if you find that one or both of these eating plans are not successful for you personally. According to this study, you don’t gain any special metabolic advantage from following a low-carb diet, but I know that many people find this eating style to be effective for controlling cravings and keeping hunger at bay. I generally recommend a middle-of-the-road approach that includes moderate portions of high-quality carbohydrates and healthy fats, because this diet is rich in nutrients that improve long-term health. But for people who are overweight, losing weight is a priority. So if restricting carbs is the best way to accomplish that goal, then I can fully support that choice. Ultimately, you have to discover what works best for you, and no study can give you that answer.