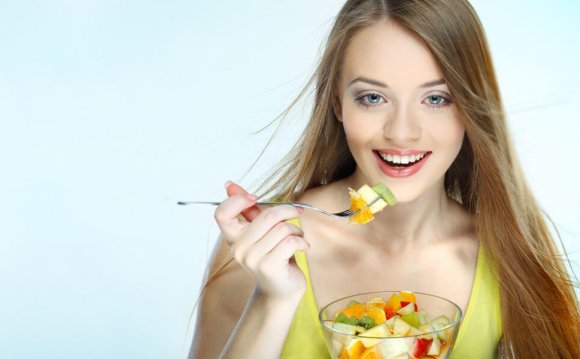 What is a Crash Diet?

A crash diet is a method to lose weight really fast in a short period of time, by reducing the daily calorie intake to as low as 700 calories a day. This obviously is uncomfortable, but it offers the opportunity to lose 5 to 20 pounds within a few days.

The typical person trying a crash diet is someone who has to lose weight for something in a short period of time. It could be an upcoming party, date, wedding, or something similar.

It depends what your goal is. If you goal is to lose a specific amount of weight by a certain target date, crash diets can be very effective. They are not easy to implement, as most of them are very monotone and severely restrict the calorie intake. Also depriving your body of so many calories and valuable nutrition puts a lot of stress on your body.

If your goal is long term weight loss, crash diets are less effective. It is the dreaded yo-yo effect. Since you restrict the calorie intake so much your body will go into survival mode, and reduce the calories it burns during normal daily activity. When eventually you start eating normally, it is very easy to now add the pounds back on, since your body is now (at least for a time) burning less calories than it used to, prior to the crash diet.

But, people are successful, short term and long term with crash diets. Just keep in mind that crash diets put stress on your body, are not comfortable to implement (you can’t eat much), and you need to be careful to not gain it all back once you start eating normal.

Some people take crash diets to a whole new level of insanity, by purposefully infecting themselves with a tapeworm. Take a look, have a laugh, but don’t do it. Staying healthy and alive is the most important thing. What is the point of being thin, if it costs you your health and you die early? But just for laughs, here is a 4 minute video from Tyra Bank’s show.

Here is an overview of 13 different crash diets that work, and work fast. Most of these crash diets are not intended for long-term, and may not even be effective in the long-run, but if you have a special event coming up and need to lose weight quickly, some of them may be worth a try. Make sure you are healthy, pop a daily multi-vitamin and stop immediately if you feel sick or dizzy.

This crash diet is a form of juicing diet, made famous from the movie “Fat, Sick and Nearly Dead”. It is a 2010 documentary film available on Netflix that follows a 60 day juice fast diet by an Australian Joe Cross, as he travels across the US. During his trip, he meets and inspires Phil Staples, a morbidly obese truck driver from Iowa, to join him on his diet. Joe Cross lost over 80 pounds, and was able to discontinue all medications.

Here is a 3 minute movie trailer for the movie “Fat, Sick and Nearly Dead”, highlighting the incredible results on this juice diet.

The 2 characters in the film consume nothing but vegetable and fruit juice for at least 60 days, and lose tons of weight and seem to get a lot healthier, either eliminating all prescription drugs or reducing them drastically. There is no mention of them having any negative side effects in the film. (Note that they were both supervised by physicians.)

Click on any of the links below for details on other crash diets. Make sure to also read the risks of crash diets and tips below!

The Master Cleanse has been done by Gwyneth Paltrow, Janet Jackson, Robin Quivers, and Beyonce Knowles. Beyonce said she lost 20 pounds with the Master Cleanse diet. The diet was originally developed in the 1940s, and recently made popular by Peter Glickman.

This CBS video is 3 minutes long, discusses the diet and the celebrities who used the Master Cleanse Diet with great success.

The Xtreme Fat Loss Diet claims you can lose up to 25 pounds in 25 days. It uses 5-day cycles that you are supposed to repeat 5 times. The idea is, that by strategically combining certain meals and exercises, you can lose a lot of fat. One of the focal points of this diet program is building and maintaining your muscle and metabolism, while burning the fat.

Fat Loss 4 Idiots claims that you can lose 9 pounds in 11 days, every 11 days. The theory behind this diet is calorie shifting. For example, one day you may eat mostly protein, the next day mostly fruit and so on for 11 days. On the 12th day, a 3 day resting period starts, where you can eat what you want. On the 15th day the whole process starts again.

The Cabbage Diet or Cabbage Soup Diet promises a 10-pound weight loss in a week. If you like cabbage, an unlimited amount of cabbage!, then this is the diet for you. On this diet you are allowed to eat all the cabbage soup you want, and a few select other foods.
Cabbage is high in fiber, which helps to clean out the systems in your body.

Actress Jaime Pressly from the TV comedy “My Name is Earl” lost 32 pounds that she gained during her pregnancy with the cabbage soup diet. Former “Buffy the Vampire Slayer” star Sarah Michelle Gellar is also reported to be a fan of the Cabbage Soup diet.

The Grapefruit Diet has been around since the 1930s. Kylie Minogue and Brooke Shields reportedly lost weight following the Grapefruit Diet. The theory behind this diet is that grapefruits have fat-burning enzymes, and coupled with a low calorie diet (800 to 1000 calories a day), you will be able lose weight fast.

The Hollywood Diet promises a weight loss of 10 pounds in 48 hours. For 2 days you only drink a special juice that you have to purchase. The juice, according the manufacturer, is a special blend of natural juices and botanical extracts.

You won’t be hungry on this all you can eat diet, but you may find it monotonous and bland. In a nutshell, for 7 days you can eat what you want as long as the food is on an approved list. That is it, no exception. It reduces the allowed list of foods to meats, vegetables, fruit and milk, and depending on the day it restricts it ever further.