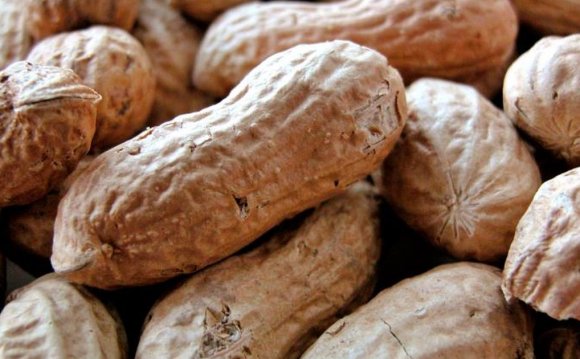 The diet promotes weight loss, lower cholesterol, reduced risk of heart disease, and diabetes for consumers who stay on the meal plan. The eating plan consists of two separate caloric intakes, one for men (2, 200 calories per day) and one for women (1, 500 calories per day).

Some consumers have reported that the diet is easier to follow than other popular diet plans. Because peanut butter tastes good and is simple to add to daily menus, dieters have no difficulty staying on the plan and being consistent. In the year 2000, Kraft Foods conducted a survey to determine which foods Americans are regularly stocking and consuming. Out of 100 common food items, peanut butter came in fourth.

The roots of the peanut butter diet can be traced to research that was conducted at Brigham and Women’s Hospital in Boston, Massachusetts. Nutrition researchers Kathy McManus and Frank Sacks, M.D. worked with overweight patients over several years. During their meetings with patients, they discovered that some overweight individuals were unsuccessful at keeping weight off for any length of time when following low-fat diet plans.

Later in their careers, McManus and Dr. Sacks conducted research that compared the effects of calorie-controlled moderate-fat and low-fat diets in obese adults. The result of their research was surprising. Their studies suggested that calorie-controlled diet plans containing moderate amounts of fat, including peanut butter, may be a factor in losing weight.

In their study, McManus and Dr. Sacks assigned 101 men and women whose average weight was 200 pounds, to one of two study groups. One group was told to limit their fate intake to only 20% of their calories. The individuals in the second group had a daily fat allowance of 35%. The participants in the 35% group ate fat that came from foods that are rich in monounsaturated fat. These foods include peanut butter, olive oil, nuts, and avocados. Both study groups limited their intake of foods that were high in saturated fat such as cheese, butter, or red meats. In addition, both study groups were given the same caloric intake: women ate 1, 200 calories and men ate 1, 500 calories per day.

The study results were informative. Both groups lost an average of 11 pounds during the first six weeks. However, twice as many moderate-fat consumers (Peanut butter dieters) were able to stay with the diet, and were able to maintain their weight loss for a period of 18 weeks. On the other hand, the low-fat dieters had twice the amount of participants who dropped out, and the remaining participants regained about five pounds. McManus suggested that the Peanut Butter Dieters were more successful because they enjoyed their food choices more than the moderate-fat group, and that individuals can stick to a diet plan only if they feel satisfied by the foods they are consuming.

Another study suggested that eating peanut butter appeared to be almost twice as good for your heart compared to low-fat diets. A study conducted by scientists at Pennsylvania State University proved that

diets that were high in peanuts and rich in monounsa-turated fat were just as effective as low-fat diets at lowering total cholesterol and “bad” LDL cholesterol. In addition, a very low-fat diet actually raised triglycerides (possibly as a result of very high carbohydrate intakes), a type of fat in the bloodstream and fat tissue, by 11%. Conversely, the Peanut butter diet actually lowered triglyceride levels by 13%. High amounts of triglycerides are associated with increased risk of diseases such as metabolic syndrome and heart disease. The net result of the study revealed that the Peanut Butter Diet lowered heart disease risk by 21%, while the low-fat diet lowered risk by only 12%.