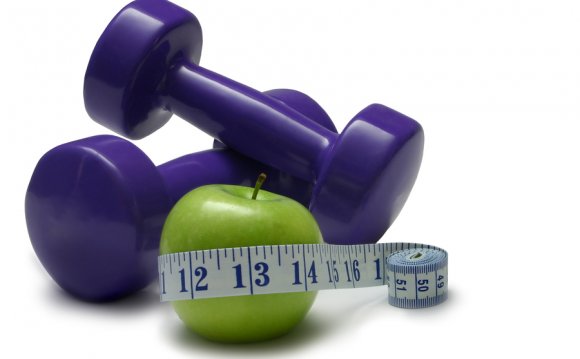 Hey you, sweating on the treadmill with visions of fat melting away as you watch the miles go by on the counter. Or you, huffing and puffing in a cardio class, hoping to fit into those skinny jeans.

Moving your body is critical to well being, but when it comes to losing weight, exercise is not the optimal strategy, experts say. You may already know the frustration of regularly working out and not seeing the scale budge one bit.

When you work out, it may feel like you’re expending huge amounts of energy, but the reality is different.

Let us repeat: Exercise is vital for overall good health. But if you're strictly interested in dropping pounds, eating less delivers the best results.

"Exercise is very important for improving someone's cardiometabolic health and reducing the risk of diabetes and heart disease, but it's not a very effective intervention for helping people lose weight, " Dr. Samuel Klein, professor of medicine and nutritional science and director of the Center for Human Nutrition at the Washington University School of Medicine, told TODAY.

"Diet is the key for getting people to lose weight — eating fewer calories."

"You cannot outrun a bad diet, " they wrote. "Many still wrongly believe that obesity is entirely due to lack of exercise."

Here are four common reasons why exercise can fail you in the quest to slim down:

1. You overestimate how many calories you burn

When you work out, it may feel like you're expending huge amounts of energy, but the reality is different.

"It takes 5 minutes to eat 500 calories, but it takes two hours of moderate exercise to burn it off, " said TODAY Health and Nutrition Editor Madelyn Fernstrom.

If you want to get rid of 300 calories daily, you can either cut out 2 ounces of potato chips or run 3 miles in the park every day, Klein noted.

"It's very difficult to comply with a long-term physical activity program, " he said. "It's just more difficult to do that than just reducing food intake."

Klein wishes there were more tables posted in gyms showing the amount of physical activity required to burn common foods.

Exercise is quite good at burning calories, but it also ends up making us hungrier, said Christopher Ochner, assistant professor of psychiatry and adolescent medicine at the Icahn School of Medicine at Mount Sinai in New York.

People often don't notice, but they end up eating almost precisely the exact number of calories they burned during a workout in a phenomenon called "caloric compensation, " Ochner noted.

"We make up for the calories burned during exercise, " he said. "If I work out heavy, I know the next day I'm starving."

Ochner tells people who are beginning a diet not increase their exercise for at least a month or two until they're used to the weight loss plan.

3. You "reward" yourself for working out

Made it to yoga class? You indulge in a big sugary smoothie afterwards to congratulate yourself. Completed that killer strength session? An extra helping of pasta hits the spot — you've earned it!

If your goal is to slim down, that type of thinking defeats the purpose.

"If the reward means eating food… that would counteract the beneficial effect of exercise on body weight, " Klein said.

After you come back from the gym, you either feel like you've done your "duty" for the day or you're so tired that you can barely move. Maybe you will take the escalator rather than the stairs after all, or drive to the nearby store rather than walk.

It all adds up to being less active — on average — than before you started your exercise routine.

"It's a 24/7 energy balance equation. If you exercise aggressively for one hour and then you're very sedentary for 23 hours… that will really overcome the calories you burn during exercise, " Klein said.

He pointed to a study that found older adults who exercised for one hour every day didn't actually change their daily total energy expenditure at all because they were much more sedentary after their workout.

If you want to lose weight, Klein offered these tips:

Exercise , Diet and Weight Loss Blog Shezs Journey with a ...

Exercise For Kids Obesity | Weight Loss and Diet | Yoga In ...

Diet, Exercise, The Law of Attraction and Weight-Loss ...