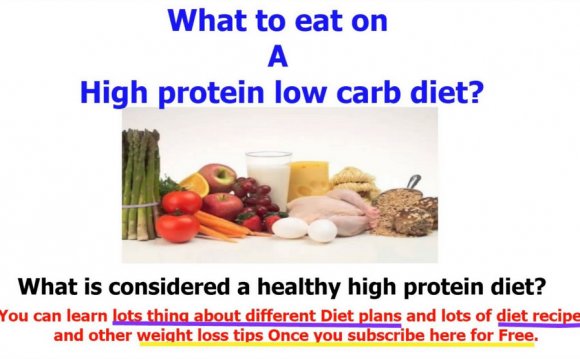 "High-protein diet"—burgers, steaks, chops, and more burgers, steaks, and chops. Right? Wrong. Few diets, even those like Atkins that portray themselves as a carnivore's delight, dish out more than about a quarter of their daily calories from protein. The federal view classifies diets as high-protein if the protein content exceeds 35 percent.

But even a quarter is high. Most Americans get only about 15 percent of their calories from protein, says nutritionist Teresa Fung of Simmons College in Boston, a member of the U.S. News Best Diets expert panel. That's roughly one 3-ounce burger a day. So studies of "high-protein" diets generally take aim at those at the "higher end of the recommended range" of 10 to 35 percent, says Kathie Beals, another panelist and an associate professor in the division of nutrition at the University of Utah.

These higher-protein diets, as they should be called, are gaining popularity among those who want to both drop pounds and build muscle. The protein in these plans typically comes from meat, although soy, peanuts, whey, and other plant-based protein often appear on the menu. Proponents say such diets boost metabolism, promoting weight loss while making dieters feel full.

Are they healthful? The jury's out. While a protein-heavy diet typically isn't harmful over a few months, the long-term risks are less clear. These plans often restrict carbs so severely that nutritional deficiencies could arise, according to the Mayo Clinic. And diets that encourage red meat and full-fat dairy, which are rich in saturated fat, could raise the risk of heart disease. If you try such a diet, most experts advise sticking with fish, skinless chicken, lean beef, pork, and low-fat dairy products. And talk to your doctor if you have liver or kidney problems, since a high-protein diet could affect these organs.

The two lists that follow briefly describe 10 of the 25 diets ranked by U.S. News. The first list is made up of seven diets that meet Beals's definition, with protein at the high end of the recommended range. The second list comprises three diets with higher-than-recommended protein content. Both lists are ordered by U.S. News Best Weight-Loss Diets ranking.

On the high side:

Protein about 26 percent. You can eat whatever you want on this plan, so long as you stick to your daily PointsPlus target, a number based on your gender, weight, height, and age. Processed foods usually have the highest points values, so you're better off sticking to lean meat like grilled chicken rather than, say, bologna. Weight Watchers suggests low-fat, protein-rich meals like beefy vegetable soup, shrimp cocktail, and ham and turkey rolls.

Protein about 30 percent. This plan revolves around fruits, veggies, lean protein, and whole grains. You'll have three servings of protein a day. A sample daily menu calls for a turkey burger and boiled or grilled shrimp, with turkey slices as a snack.

This popular low-carb plan goes heavy on protein and fat like chicken, meat, and eggs. A sample menu calls for salmon for breakfast, grilled chicken for lunch, ham for dinner, and roasted turkey slices as a snack.

Protein about 30 percent. This Atkins spinoff calls for 31 percent of daily calories to come from plant proteins, with a focus on beans—white, black, pinto, or garbanzo. If beans aren't your thing, other options include nuts, high-protein vegetables like Brussels sprouts, and grains like couscous and pearl barley. Just 1 ounce of almonds provides 6 grams of protein, which is more than 10 percent of a 150-pound person's daily protein needs. A small portion of cooked broccoli—half a cup—offers 2 grams.

Protein about 30 percent. South Beach is lower in carbohydrates and higher in protein and healthy fats than the typical American diet. You'll load up on veggies, fish, eggs, low-fat dairy, lean protein like chicken and turkey, whole grains, and nuts. In addition to three meals and two snacks a day, you get one high-protein dessert, such as maple-almond flan or cocoa-nut mousse. A sample daily menu calls for a cheddar-cheese omelet, smoked salmon for a snack, provencal white bean soup, baba ghannouj with veggie dippers, and skillet pork chops with sautéed Swiss chard.