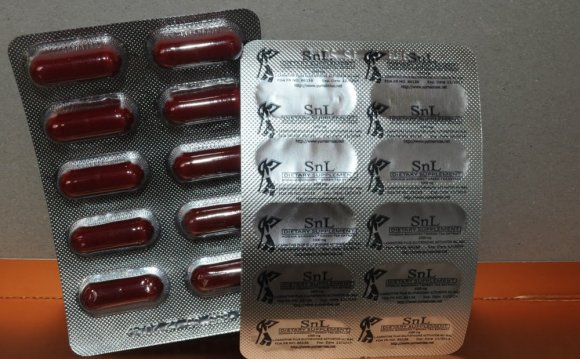 Get Consumer Updates by E-mail

“This year, I’m going to lose some weight.”

If you find yourself making this common New Year’s resolution, know this: many so-called “miracle” weight loss supplements and foods (including teas and coffees) don’t live up to their claims. Worse, they can cause serious harm, say FDA regulators. The agency has found hundreds of products that are marketed as dietary supplements but actually contain hidden active ingredients (components that make a medicine effective against a specific illness) contained in prescription drugs, unsafe ingredients that were in drugs that have been removed from the market, or compounds that have not been adequately studied in humans.

“When the product contains a drug or other ingredient which is not listed as an ingredient we become especially concerned about the safety of the product, ” says James P. Smith, M.D., an acting deputy director in FDA’s Office of Drug Evaluation.

For example, FDA has found weight-loss products tainted with the prescription drug ingredient sibutramine. This ingredient was in an FDA-approved drug called Meridia, which was removed from the market in October 2010 because it caused heart problems and strokes.

“We’ve also found weight-loss products marketed as supplements that contain dangerous concoctions of hidden ingredients including active ingredients contained in approved seizure medications, blood pressure medications, and antidepressants, ” says Jason Humbert, a senior regulatory manager at FDA. Most recently, FDA has found a number of products marketed as dietary supplements containing fluoxetine, the active ingredient found in Prozac, a prescription drug marketed for the treatment of depression and other conditions. Another product contained triamterene, a powerful diuretic (sometimes known as “water pills”) that can have serious side-effects and should only be used under the supervision of a health care professional.

Many of these tainted products are imported, sold online, and heavily promoted on social media sites. Some can also be found on store shelves.

And if you’re about to take what you think of as “natural” dietary supplements, such as bee pollen or Garcinia cambogia, you should be aware that FDA has found some of these products also contain hidden active ingredients contained in prescription drugs.

“The only natural way to lose weight is to burn more calories than you take in, ” says James P. Smith, M.D. That means a combination of healthful eating and physical activity.

Dietary Supplements are not FDA-Approved

Under the Federal Food, Drug and Cosmetics Act (as amended by the Dietary Supplement Health and Education Act of 1994), dietary supplement firms do not need FDA approval prior to marketing their products. It is the company’s responsibility to make sure its products are safe and that any claims made about such products are true.

But just because you see a supplement product on a store shelf does not mean it is safe, Humbert says. FDA has received numerous reports of harm associated with the use of weight loss products, including increased blood pressure, heart palpitations (a pounding or racing heart), stroke, seizure and death. When safety issues are suspected, FDA must investigate and, when warranted, take steps to have these products removed from the market.

To help people with long-term weight management, FDA has approved prescription drugs such as Belviq, Qysmia, and Contrave, but these products are intended for people at least 18 years of age who:

Moreover, if you are going to embark on any type of weight control campaign, you should talk to your health care professional about it first, Smith says.

Look for potential warning signs of tainted products, such as: