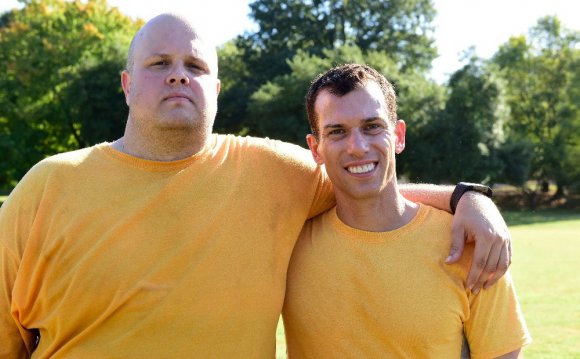 Eat like our hunter-gatherer ancestors did by dining on vast amounts of red meat and avoiding anything humans didn't consume before agriculture was invented.

Paleo ranked dead last out of the 29 diets in U.S. News and World Report's most recent best and worst diets survey. Its nutrition experts took issue with every aspect of this diet, warning that it was hard to follow, not effective for weight loss and a poor choice for heart health.

A true paleo diet that focuses on lean meats and lots of wild plants might be a healthy way to lose weight, the experts said. But duplicating such a regiment in modern times is next to impossible.

Giving up the gluten protein found in wheat, barley and rye leads to weight loss.

Avoiding gluten is absolutely essential for those with celiac disease, gluten sensitivity or gluten intolerance. Going gluten-free for weight loss? Not so much.

"Gluten has nothing to do with weight loss, so the diet simply doesn't work, " said Hartley.

Many people with celiac disease who follow a gluten-free eating plan for the first time wind up gaining weight because their bodies are finally able to absorb calories and nutrients properly. And filling up on gluten-free junk food is definitely not a productive weight-loss strategy. Because gluten must be replaced with something, gluten-free treats are usually pumped full of extra fat, sugar and preservatives and tend to be higher in calories and unhealthier than standard snacks.

What you can eat depends upon your blood type. For example, those with type O blood are encouraged to eat lean proteins, poultry and fish, and discouraged from eating grains and legumes.

A new review of 20 studies published in the American Journal of Clinical Nutrition found absolutely no evidence to support the rationale for this type of eating plan.

Beyond the science, Hartley dissed the diet for being overly complicated.

"If you need to get out a list every time you sit down to a meal, this is not a diet you can sustain in the long term, " she said.

Sacrificing solid foods in favor of a lemon, water and a laxative concoction will help you drop 20 pounds in 10 days.

You don't eat any actual food for 10 days or more, so yes, of course you will lose weight. However, Hartley said that any success you have shrinking yourself down to size is likely to be short-lived.

"You start breaking down muscle mass, so your metabolism slows down, making it harder and harder to lose weight, " she said. "It also sets you up for binges."

According to U.S. News and World Report, the diet may be dangerous for diabetics and does not meet the U.S. Department of Agriculture's accepted dietary guideline standards. Exercising while consuming so few calories is not recommended.

Created by celebrity trainer Tracy Anderson for her A-list clients, the baby food diet involves eating up to 15 jars of baby food a day. Some variations of the plan allow you to eat a regular meal for dinner.

Spooning from jars of baby food all day may help you drop a few pounds in the short term but not because mashed bananas and pureed peas possess any magical fat-melting powers. The trick, Hartley points out, is portion control; all those tiny containers add up to only about a thousand calories a day. She said the diet is neither palatable nor sustainable for people who have teeth and like to chew their food.

Originated by Pierre Dukan, a French physician, this is the diet Kate Middleton chose to slim down for her wedding to Prince William. The plan includes about 100 foods, and includes four phases: attack, cruise, consolidation and stabilization.

This plan tied with the Paleo diet for last place in the U.S. News and World Report rankings. What landed it at the very bottom of the list? Everything. It's too restrictive, there are lots of cryptic, unnecessary guidelines, and there's no evidence that it works. One expert described the diet as "idiotic."

You stick to plant-based foods that haven't been cooked, processed, sprayed or genetically engineered in any way to reduce calories and preserve your diet's level of vitamins, minerals and immune-boosting nutrients.

This diet scheme ranks second to last in U.S. News and World Report's review. Its experts concluded that this way of eating is wildly convoluted yet highly subject to interpretation, so it's hard to know whether or not you're following the plan correctly.

You can lose weight on this diet if you can figure out how to follow it and you don't starve to death from eating fewer than half the calories you would on a cooked meal plan. There is zero scientific evidence to support any of its many health claims and the plan is pricey, difficult and time consuming.