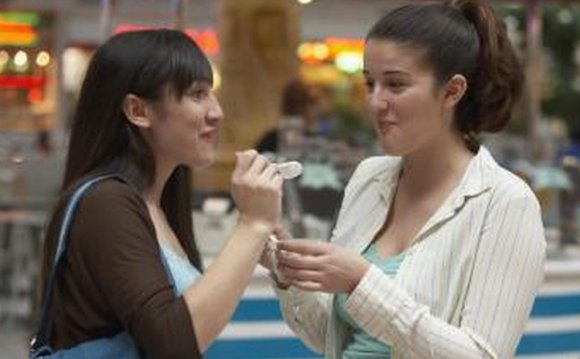 The common wisdom of the dieting world has always been that in order to lose weight (or avoid gaining it), counting calories is key. Or is it? Read more

Although many folks want the inside scoop on how celebs stay trim and fit, some stars try the most-bizarre and unhealthy diets. Here’s a look at four diets; you won’t believe who’s on them! Read more

Don’t let the excitement of summer foods go to your head (or your rear end). Find out how much activity it takes to burn off the calories you take in from these summer classics. Read more

This “fast and feast” style of eating is the new way of dieting. One day you “fast” by limiting food to 500 calories, while the next you “feast” by eating as you normally would. But is this flip-flop lifestyle a healthy way to shed unwanted pounds, or just another fad?

The Intermittent Fasting Trend
Several books about intermittent fasting have recently been released. The Every Other Day Diet: The Diet That Lets You Eat All You Want (Half the Time) and Keep the Weight Off was written by Dr. Krista Varda, an assistant professor of kinesiology and nutrition at the University of Illinois, who began studying the effects of intermittent fasting on mice.

Based on her post-doctoral research conducted at the University of California Berkeley, she found that mice ate only 25 percent more on feast days and didn’t compensate for the lack of food provided on fast days.

A second popular book titled written by Dr. Michael Mosley and Mimi Spencer, uses the same concept, except you can choose which two non-consecutive days each week to fast. This method of intermittent fasting is also known as the 5:2 approach (five days feasting, two days fasting). Read more

Warm weather is setting in, and many folks are hoping to slim down before slipping into their teeny teeny-weeny bikinis. But before giving a popular diet a whirl, find out if it’s right for you.