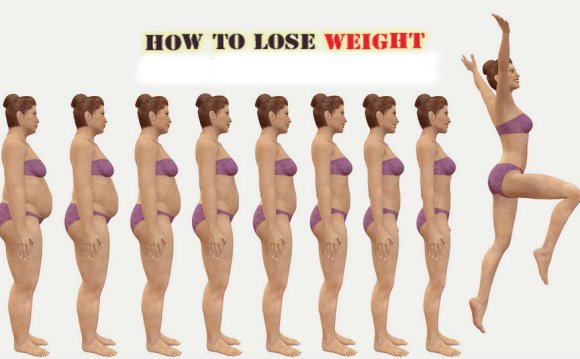 When the nutrition director of Fitness called and asked me to eat nothing but fast food for a week, I thought maybe I was being filmed for an episode of Candid Camera. Or Survivor: The Drive-Through. I've never been a big fan of fast food. I'm more likely to be seen in the express checkout lane at Whole Foods Market than in the drive-through. Sure, like everyone, I enjoy the occasional pizza, but fast food for seven days? I saw what happened to that guy in the movie Super Size Me. I've read the research — eating fast food just twice a week can cause you to gain 10 pounds over 15 years, according to one recent study.

It could also up your risk of diabetes. So I wasn't exactly thrilled with the idea. But as it turned out, my assignment was to lose weight. Now this intrigued me. Although I'm technically at a healthy weight, I'm always interested in dropping a few from my five-foot-four, 136-pound frame. Isn't everyone? I signed on the dotted line.

With the help of Nelda Mercer, RD, a dietitian based near me in Ann Arbor, Michigan, I figured out that eating 1, 500 calories a day would have me losing one to two pounds a week based on my level of activity, which consists of running and walking three days a week. Mercer and her assistant, Rebecca DeKeyser, then pored over menus to come up with a week's worth of meals. After a lot of calculating, they gave me a plan that satisfied most of my nutritional requirements. Calcium and fiber were low, however, so Mercer suggested that I take a multivitamin.

First stop: McDonald's for an Egg McMuffin. I'd never tried one before. I usually start the day off with oatmeal or a high-fiber cereal like Kashi Good Friends. (If I'm feeling adventurous, I have a Kashi Go Lean waffle with cottage cheese.) After a few bites, I decide the egg sandwich tastes pretty good. I wash it down with a "venti" coffee from Starbucks and I'm stuffed. I usually have a midmorning snack, but instead I'm chugging water, thanks to the 850 milligrams of sodium in the McMuffin.

When I finally grab a Mandarin Chicken Salad from Wendy's around 1:00, I'm still not that hungry. I use only half the dressing, saving myself an extra 125 calories, and I reserve the almonds for a post-workout snack.

I'm still full around 6:00 when I head to Subway for a tuna wrap with cheese and a Berry Lishus Fruizle (which I assume is another name for a smoothie). Subways in my area don't sell Fruizles, so I go to McDonald's for some Apple Dippers (peeled apple slices with low-fat caramel sauce), figuring them to be a decent substitute. In fact, fresh fruit is hard to find on most quick-serve restaurant menus. Typically, your only option is a smoothie, or, um, Fruizle, which is often sweetened with sugar syrup or sherbet. McDonald's Apple Dippers and its Fruit 'n Yogurt Parfait, which comes with granola, have almost double the calories — and less fiber — than a piece of whole fruit like an apple or an orange. The healthiest options, Mercer tells me later, are the Fruit and Walnut Premium Salad from McDonald's and the fruit bowl from Wendy's, which counts as two whole servings and comes with a yogurt dipping sauce.

What's on most menus: animal protein and fat, which isn't such a bad thing when you're cutting back on calories. "Research shows that both can be more satisfying than carbohydrates, " says Mercer. By the end of the first day, I'm feeling incredibly full, even though I've consumed about 1, 500 calories. The reason? I'm eating 47 percent more protein and 15 percent more fat than I really need.

Use now the diet that help me to lose weight