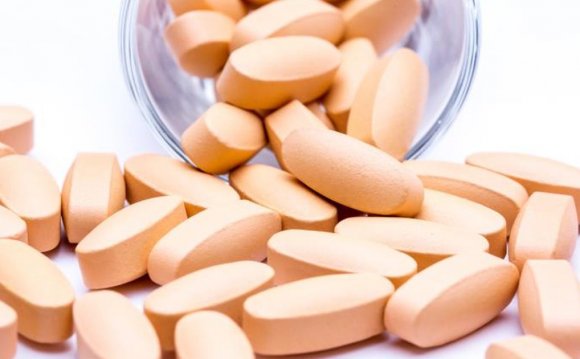 We're with you: Dieting is no picnic. But here's a little secret — it's not nearly as hard as most of us think. "A lot of women believe they need to change everything, but in reality small tweaks to your diet can make a huge difference, " says Dawn Jackson Blatner, RD, a spokesperson for the American Dietetic Association. We've got 21 absolutely painless little fixes, culled from the latest research and the country's leading weight-loss experts, to make dropping those pounds as easy as 1, 2, 3, and beyond.

1. Say So Long to Soda
Every diet soft drink consumed each day could increase your risk of being overweight by 65 percent, according to a study presented at the American Dietetic Association. Other research suggests that artificial sweeteners may actually stimulate appetite, causing you to overeat. Instead, sip plain or sparkling water with lemon added for flavor.

2. Eat Like Clockwork
Women who eat erratically consume more calories and burn them less quickly than those who have six regular small meals each day, according to a British study published in the American Journal of Clinical Nutrition. Don't go more than three or four hours without eating something.

3. Become a Tea-Totaler
Green tea not only has about half the caffeine of coffee but also contains catechins, which may boost your metabolism. A recent Japanese study found that people who drank a daily 11-ounce bottle of green tea lost 5.3 pounds after three months, while those who drank regular tea lost only 2.9 pounds. If you find green tea too bitter, consider one of the new green teas flavored with fruit essences. Most have no calories and just the right kiss of sweetness, says Blatner.

4. Dust Off the Grapefruit Diet

Eating three servings of grapefruit a day (either half of a whole one or a cup of juice) for 12 weeks could help you lose just over three pounds, according to a recent study. "It helped lower insulin levels, which can contribute to weight loss by reducing appetite and encouraging fat burning, " explains study author Ken Fujioka, MD, director of nutrition and metabolic research at Scripps Clinic in Del Mar, California.

5. Pack in the Protein
A University of Washington study found that doubling up on protein could help you eat less without feeling hungry. "Protein may make your brain more sensitive to leptin, a hormone that helps you feel full, " says study author Scott Weigle, MD, a professor of endocrinology at the University of Washington School of Medicine. Make sure at least a third of each meal and snack is a source of lean protein.

6. Shop Around, Literally
The center aisles of your local supermarket are loaded with highly processed, sugary, and fatty foods. "The first couple of outer aisles is where you'll find all the fresh produce, dairy, and seafood, " explains Oz Garcia, PhD, a nutritionist in New York City.

7. Buy To-Go Veggies
"Most of the vegetables in your fridge should be as easy to pop into your mouth as a potato chip, which means they should be precut and prewashed, " says Bethany Thayer, RD, a spokesperson for the American Dietetic Association. Same goes for fruit. "And keep them at eye level in your fridge, so they'll be staring you right in the face when you open the door."

8. Get Some Sleep
People who sleep seven to eight hours per night are leaner than those who get only five or six hours, according to research from Laval University in Quebec. "When you're sleep-deprived, your body produces more stress hormones, which may increase your appetite, " explains Michael Breus, PhD, cofounder of Sound Sleep Solutions in Atlanta. Having trouble nodding off? Consider hitting the treadmill before, not after, work: One study done at Seattle's Fred Hutchinson Cancer Research Center found that women who exercised in the a.m. fell asleep faster at night than those who did a p.m. workout.

9. Shop from a List
"Never go to the grocery store without a master list, which provides insurance against impulse buys, " suggests Donald Hensrud, MD, an obesity specialist at the Mayo Clinic. And never, ever shop when you're hungry.

how to lose weight fast in a week - best diet to lose ...

How to lose weight by changing your handwriting